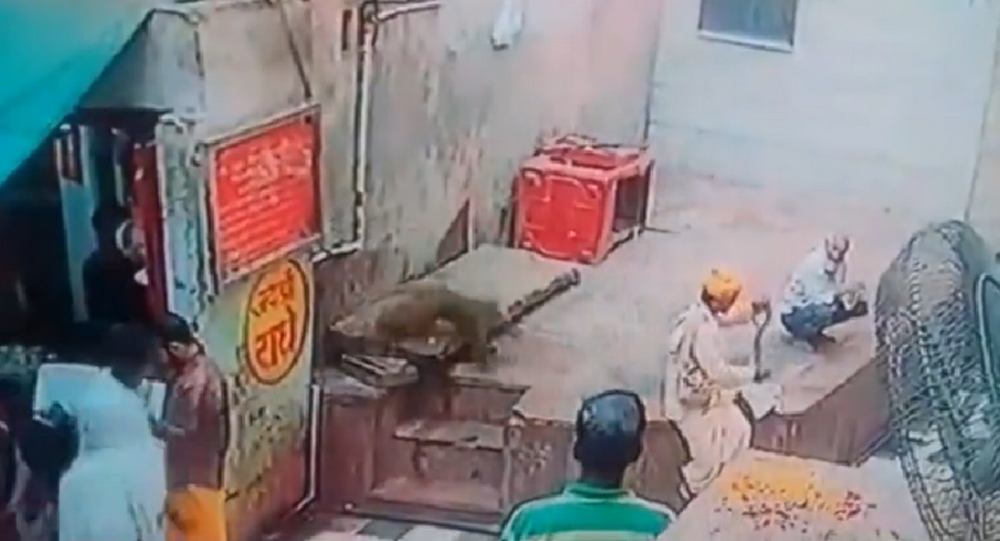 A security camera outside an Indian temple caught the moment a wild monkey grabbed a cobra from a snake charmer Friday.

The footage, which was taken outside the Barbanki temple in Vrinadavan, in India's northern Uttar Pradesh state, shows a snake charmer taking his cobra out from a bamboo basket as a monkey sneakily climbs down the wall of a building behind him.

​The monkey then runs up behind the man and snatches the cobra before dashing back up the wall with the snake. Later on in the video, the man is seen climbing up a nearby vendor's cart in an effort to chase the monkey.

However, according to witnesses, the man was unable to retrieve his snake, Asia Times reported Tuesday.

"Monkeys snatch food and things from people frequently. But this is the first time a monkey has snatched a snake, probably thinking it was food," 23-year-old local resident Avatans Kumar, who witnessed the event, told UPI Monday.