In the US state of Nevada, a GOP gubernatorial candidate’s family is publicly pleading with voters to support their relative’s opposition.

Relatives of Republican Adam Laxalt, running for governor of Nevada, have gone on record saying that they "feel compelled to protect our family name," cited by Rolling Stone. 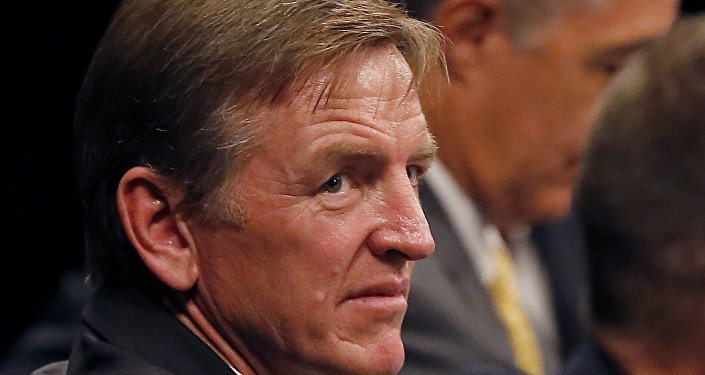 At least 12 relatives of Laxalt — the state's current attorney general — had an op-ed published in the local Reno Gazette Journal last week detailing their reasoning.

Claiming that they "feel compelled to protect our family name from being leveraged and exploited," several cousins and at least one aunt spoke of their family's deep history and attachment to the Silver State, explaining that Laxalt is "falsely" claiming that he was raised here when in fact he grew up in Washington DC, some 2600 miles to the East.

"Adam never knew the state or its people," according to the letter published by the conservative Republican's estranged family.

"He left as an infant and was raised on the East Coast, 3,000 miles away, in Washington DC, and moved here only in 2013, only one year later launching his political career," they noted, cited by Fox News.

Relatives to Laxalt ridiculed his self-branding as a local family farmer and ranch owner, suggesting his lack of authenticity in claiming that he hosted a recent "Basque Fry" fundraiser.

"This event perfectly captures the Adam Laxalt candidacy: the phoniness of the setting and costumes, the pretense of folksiness used as a prop for Washington power players like Kellyanne Conway and Devin Nunes," the family op-ed noted, cited by Rollingstone.com.

A traditional gathering in Nevada, the family linked Laxalt's promo video from the staged Basque Fry, noting that "Adam is dressed in a ‘western' shirt monogrammed with his campaign logo, ‘work' boots and jeans that look like they were ordered off Amazon the week before."

"It's all fake, all props paid for by someone else," the candidate's family pointed out.

The Republican candidate's campaign staff responded: "Adam has a large family and some distant relatives are lifelong liberal activists, donors, and operatives," according to the Washington Post.

Candidate Laxalt also boasts the unlikely honor of being born out of wedlock to a father who was a US Republican Senator for New Mexico, and whose own father was a Republican Senator and a confidant of US President Ronald Reagan.

Unacknowledged by his father's famous family until 2013, the candidate — now 40 — was raised by his mother, Michelle Laxalt, a single parent.