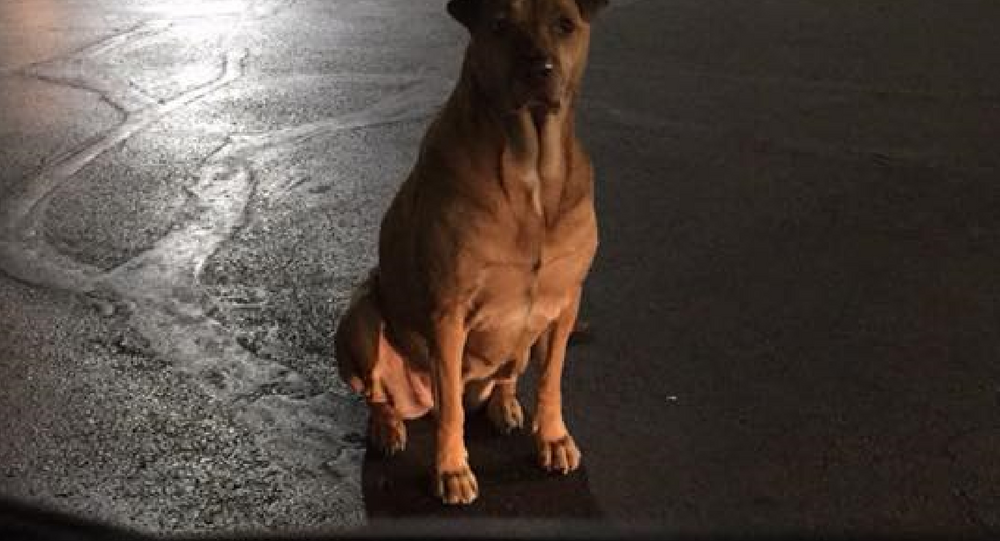 A Oklahoma pooch’s love for McDoubles with extra cheese was exposed as her owner decided to put her on blast for pretending to be a stray in order to snag a few snacks from the restaurant’s patrons.

Oklahoma City resident Betsy Reyes penned a letter to the public after getting fed up with her "fat a*s" dog scamming people out of their snack wraps and french fries.

The searing PSA paints Princess as "a gold diggin a*s b*tch" that lurks about in the dead of night to con soft-hearted snackers.

However, with viral content comes a slew of doubters. Knowing this, Reyes later posted damning video footage of Princess shaking down a random couple dining in their truck — proving just how effective the hound's hustle really is.

Really driving home the point of her pup's intelligence (no matter how fat her a*s is), Reyes also uploaded a clip of Princess even trying to scam her!

Unfortunately, one look at the the driver was all it took for the conning canine to realize she only had a few minutes left before she'd be shuttled back home and returned to a life of kibble.

"You messin up my hustle mama. GO HOME!" narrated one Facebook user in response to the post.

According to HuffPost and animal behaviorist Corey Cohen, the lengths Princess goes to for food from the Golden Arches "shows that dogs are far more intelligent and their behavior is more complex than simple ‘stimulus/response'" and further proves we should "treat them as friends and not machines."

It's currently unclear if Princess has turned her life around, but Reyes did deliver Princess' vulgar message to the haters.