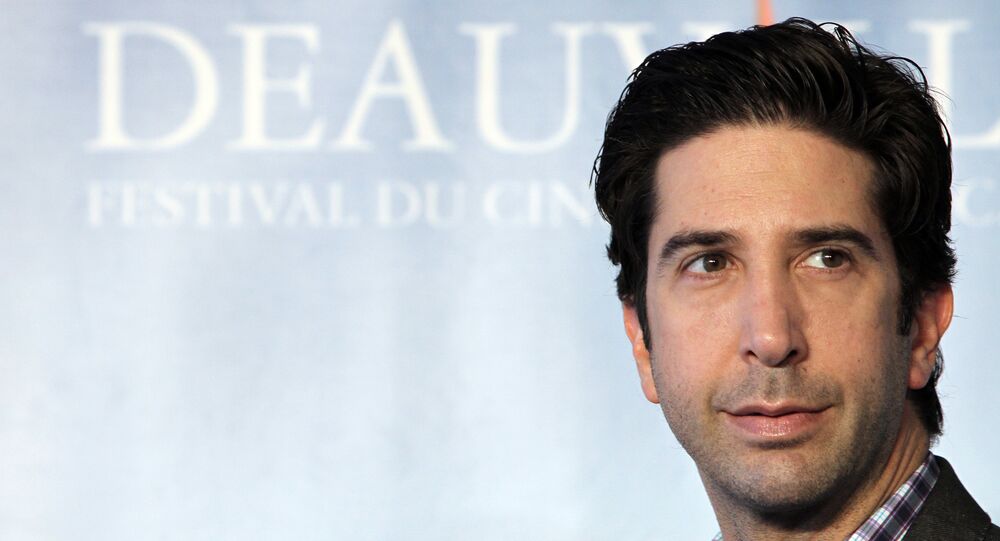 UK police were looking for help to find a suspected thief when thousands of people reacted to a Facebook appeal pointing out the guy's likeness to 51-year-old Friends superstar, David Schwimmer.

After the Internet suggested that David Schwimmer might be the guy who stole several cans of beer in Blackpool, UK, due to their striking resemblance, the actor took to Twitter to make it clear that he was in New York at the time of the crime.

Schwimmer, who famously played Ross Geller in the highly popular TV sitcom Friends, posted a video of him suspiciously sneaking through the supermarket carrying loads of beer after the police issued a theft appeal for his lookalike in the UK.

To the delight of Friends fans, the tweet, which has already been dubbed “legendary,” has prompted a wave of references to the iconic TV show.

One netizen alluded to season 9 episode 19 of the show, when Ross and Chandler Bing, played by Matthew Perry, were drawing a line between “stealing and taking what the hotel owes you”:

Others couldn't help but recall season 2, episode 10, when Jennifer Aniston’s character Rachel starts dating a guy who looks exactly like Ross, although his name is Russ. So, netizens suggested that it was Russ who had stolen the beer in Blackpool:

I think I found the thief pic.twitter.com/x3uhYKZGYt

Some made references to well-known lines from the show…

It can't be you pic.twitter.com/kxR67endGw

but forreal if you see the david schwimmer doppelganger, don't approach him, DO NOT APPROACH HIM.

…and the show's famous theme song:

Hey, if you're in need of an alibi, I'll be there for you.

Many simply praised him for creativity and his genius:

You are a legend for sending the tweet and video to the police in Blackpool, sheer genius, all over the UK are in stitches at your video, well done

I think it’s safe to say @DavidSchwimmer has broken the internet. Best come back ever 🙌🏻 pic.twitter.com/GQPR9OHY6k

Pretend to be in New York to shift the blame, well played 👏 pic.twitter.com/7Ip0FovqzZ

But the resemblance is indeed uncanny…

I don’t know man, this is pretty damning 🧐 pic.twitter.com/aINtxWg1Ql

The Blackpool guy looks more like @DavidSchwimmer than David Schwimmer!

Not only did Schwimmer make the day of ordinary netizens, he clearly cheered up the person who’s running the Lancashire Police's Twitter account:

The police later didn't hesitate to bring levity to the investigation into the mysterious identity of the thief, having left a comment under their theft appeal on Facebook:

“Thank you to everyone for your speedy responses. We have investigated this matter thoroughly and have confirmed that David Schwimmer was in America on this date. We’re so sorry it had to be this way.”