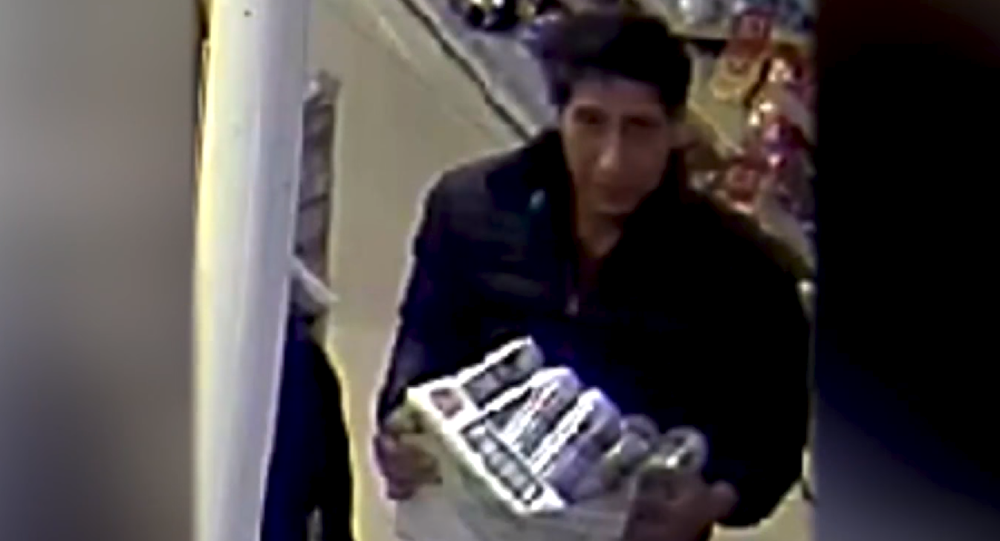 You ever feel like you’re stuck in second gear? Like it hasn't been your day, your week, your month or even your year? One thief in the UK’s Blackpool thought so late last month, when he nabbed some personal effects in a restaurant. Problem is, he looks like just actor David Schwimmer’s character “Ross” on the TV show “Friends.”

On September 20, somebody in the northern English city of Blackpool swiped a phone, wallet and jacket from a restaurant, and the suspect looks an awful lot like Ross from the US TV sitcom "Friends," as Facebook users were quick to point out on the department's page when it posted a screenshot from a CCTV camera that had captured images of the suspect while he was in a liquor store.

Facebook users have shared the picture over 70,000 times as of Wednesday afternoon, offering their advice to the police about the suspect based on what they knew about Ross from the show, which aired from 1994 to 2004.

"Please approach with caution," one user wrote. "He is known to have studied Karate and we believe he has mastered the art of Unagi, the state of total awareness."

"It's not Ross….. It's Russ, he's trying to frame Ross to win back Rachel," advised another.

Once Schwimmer caught wind of the storm across the pond, he took to Twitter to vindicate himself of the crime, even posting a video to prove he was in New York, not Lancashire, at the time.

However, the image looks suspiciously familiar. Is it an alibi or a confession?

​Lancashire Constabulary has made clear, though, that the "Friends" actor isn't a suspect in the case.

"Thank you to everyone for your speedy responses. We have investigated this matter thoroughly and have confirmed that David Schwimmer was in America on this date."