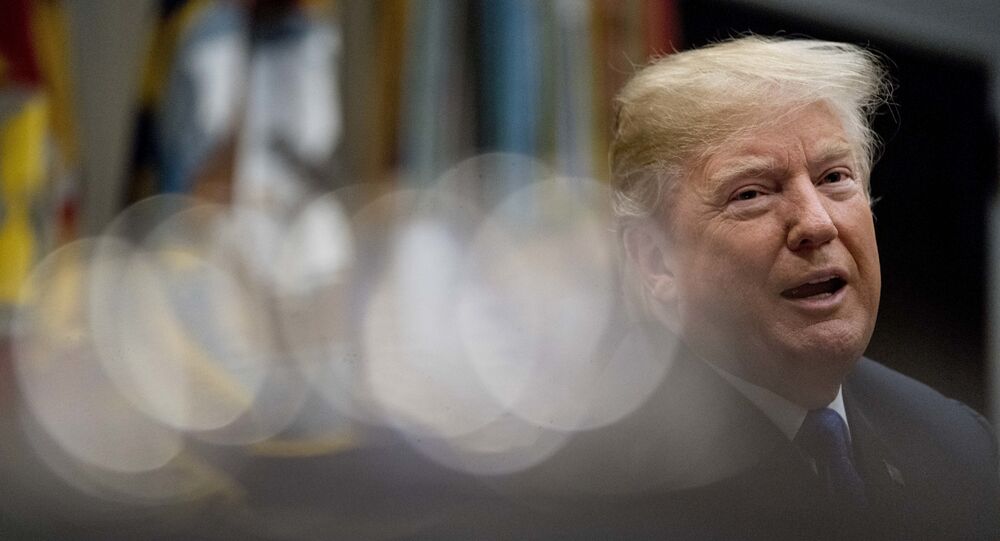 The US Secret Service intercepted suspicious packages addressed to a Clinton residence in New York State and the home of former President Barack Obama on Tuesday and Wednesday morning.

Earlier, Pence voiced his condemnation of the "cowardly" and "despicable" actions of those who sent the suspicious packages, tweeting that he was grateful to the Secret Service, which provides protection for former presidents and their families, and to local law enforcement, for intercepting the suspected explosive devices. "Those responsible will be brought to justice," Pence vowed.

Think about it!
Trump used all Twitter's 280 characters to attack @StormyDaniels, but only 28 characters (including spaces) to weigh in a major terrorist attempt to intimidate liberals leaders and free press.https://t.co/NCLpsdui0c

You agree wholeheartedly? Than say it! This is domestic terrorism. You should be publicly condemning this, not “wholeheartedly” agreeing with someone else. If the GOP were being targeted, you would be screaming about the “angry mob”. Absolutely predictable.

You are THE PRESIDENT OF THE UNITED STATES, two former Presidents were targeted, among others. One tweet "agreeing wholeheartedly" with your VP IS NOT ENOUGH. NOT PRESIDENTIAL. Apologize for your role in instigating violence.

I suppose condemning this act of American terrorism, outright, on your own, would’ve been too much to ask?

Others claimed Trump had stoked the divisiveness which led to the packages being sent in the first place.

A real president would have stepped up immediately to address the American public about the mail bombs. But you know you started, stoked, and stirred the hate that is behind it with your divisive rhetoric. You will never be a real president, or man.

Strange how devices showed up at Democratic Presidents Obama and Clinton and the press, cnn, locations. All of which the current president has attacked verbally on multiple occasions.

In addition to the suspicious packages sent to the Clintons and the Obamas, CNN's New York offices were targeted Wednesday morning, with a suspicious bomb-like device found in the building's mail room. The package was addressed to CNN contributor and former CIA director John Brennan, an outspoken Trump critic. Earlier this week, New York police defused an explosive device installed on the mailbox at the Westchester County, New York home of billionaire George Soros.