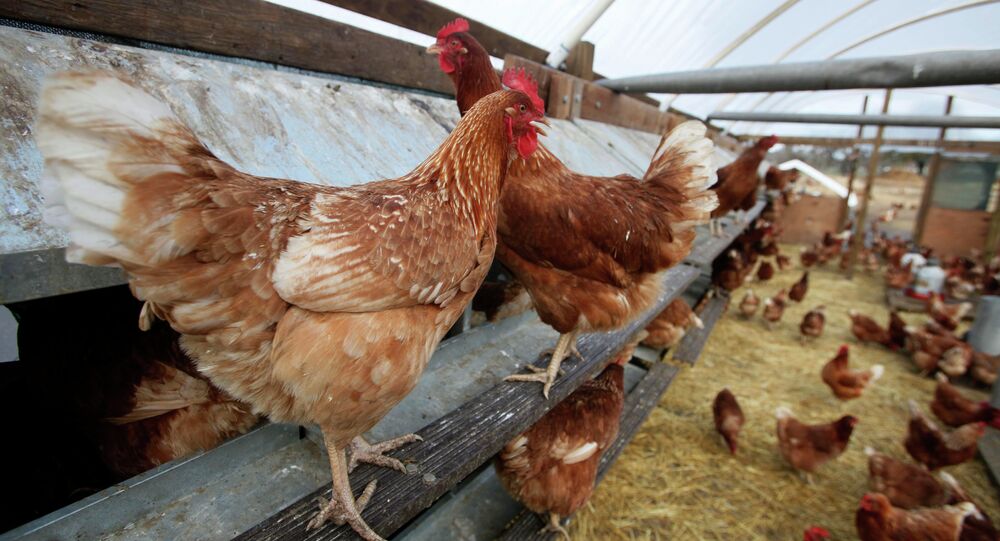 Belinda the Chicken has inspired an outpour of jokes and memes online after her owner posted a picture of the bird's elongated egg on Reddit. While some shared their own ideas about why a hen could produce such a monstrosity, others used fan art to regale the newly-discovered “mother of dragons.”

A photo of a strangely-shaped half-hand-sized egg went viral after user E_graaa put it on Reddit's r/WTF section with the caption “So, my chicken just laid this monstrosity…”

This abnormality was too good to miss out on for other users, who shared the picture and left many hilarious comments.

One couldn’t avoid the Jurassic Park references, as many suggested E_graaa had somehow reversed evolution.

READ MORE: Why Did the Chicken Cross the Road? Hundreds of Birds Hatch From Discarded Eggs

“I’m guessing velociraptor,” one commentator posted, while another directly asked “You bred raptors?”

One redditor warned that these creatures would be “not chickens: dino-chickens.”

Others dubbed the egg a Chic Tac, or a Kinder surprise, or even “Her Magnum Ovum.”

Some were anxious about the chicken’s well-being. Asked about it, Ellie McGrath, who’s behind the account, told fellow netizens that her hen, named Belinda, “spent a few minutes hopping up and down and clucking making some crazy noises, but she’s fine now.” The egg is also said to be more conventional on the inside than the outside.

“I cracked it open. It was just a normal egg with one mother of a yolk,” McGrath revealed.

Some reassured the chick owner that all this was natural and explained how this could happen.

“Chickens can sometimes lay strangely-formed eggs; it mostly happens if they are stressed when forming the egg inside of them… You shouldn't have to worry about the chicken being sick or anything,” one user noted.

McGrath’s hen didn’t stop at one monstrous egg and brought its equally long sibling into the world. The woman shared this good news on Instagram.

My chicken laid this monster of an egg today 😱 #ouch