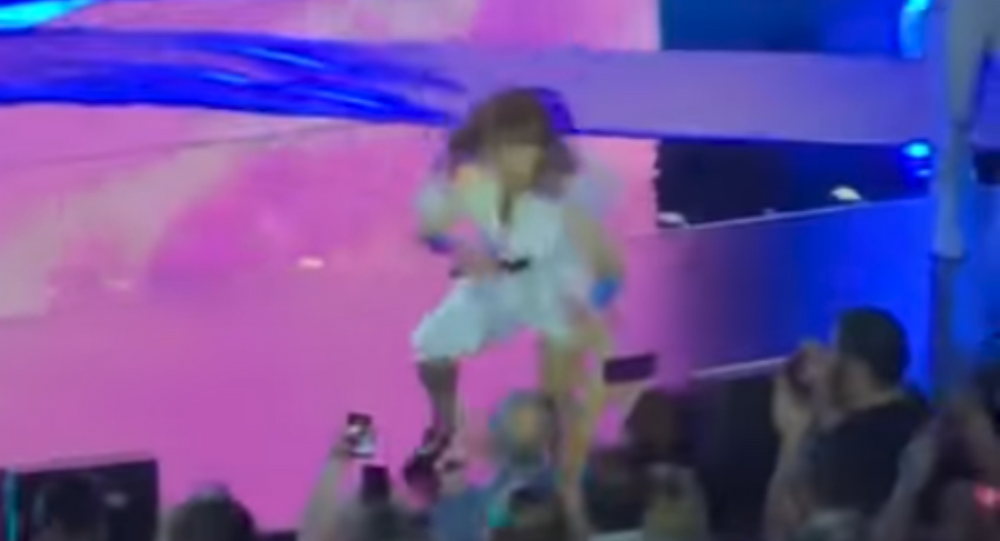 WATCH: US Singer Takes a Tumble After Losing Footing on Mississippi Stage

Just three days into the North American leg of her "Straight Up Paula!" tour, popular 1990s artist Paula Abdul hit a snag over the weekend after she fell off the stage during a performance in Mississippi.

Abdul, who served as a judge on US show "American Idol" for eight seasons, was performing her 1991 single "The Promise of a New Day" at Biloxi's Hard Rock Live. Chaos erupted moments after she began dancing dangerously close to the edge of the stage.

​Video captured by a concertgoer shows Abdul entertaining the crowd, urging them to "come on" when she suddenly goes headfirst into the gap between the stage and audience. Shocked audience members can be heard screaming out.

"She did not seem hurt at the time of the fall and still finished like a champ," a fan who posted footage of the incident online told entertainment outlet People, adding that Abdul told the crowd that she was no stranger to falls.

"She stated she was a dancer, and falls and drops she has gotten used to over the years."

The 56-year-old performer, however, has yet to address the tumble. The next stop on her tour is set to take place in Windsor, Ontario, on Thursday. According to E! News, the tour is meant to coincide with the 30th anniversary of Abdul's debut album, "Forever Your Girl."