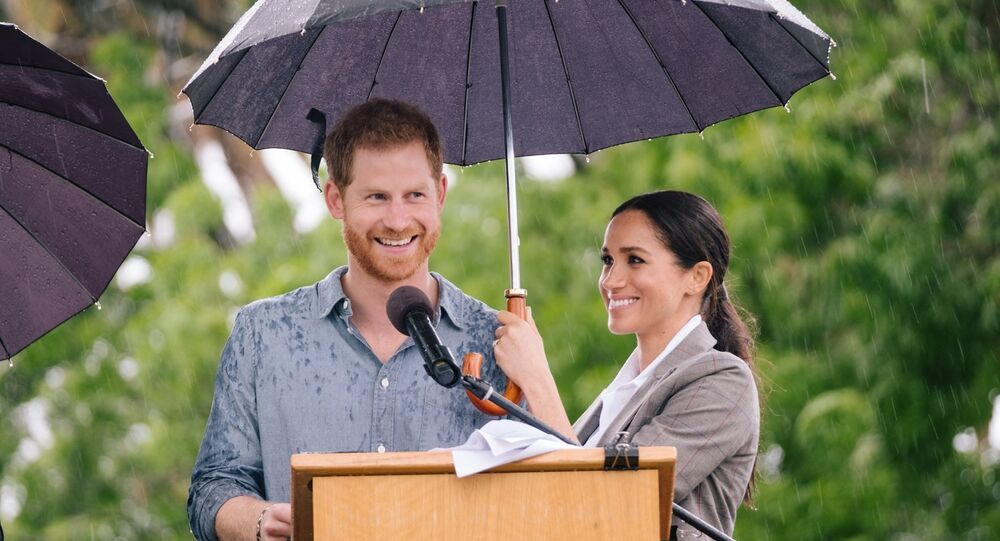 The Duke and Duchess of Sussex arrived on Monday for their sixteen-day tour of Australia and New Zealand – shortly after the royal family confirmed Meghan Markle’s pregnancy.

Prince Harry couldn’t contain his happiness over his wife’s pregnancy while delivering a speech at the at the Sydney Opera House for the opening ceremony of an international multi-sport event, Invictus Games, which he launched in 2014 for injured service personnel:

“Thank you for the welcome you have given Meghan and I over the last few days. I have been so proud to be able to introduce my wife to you and we have been so happy to have been able to share the personal joy of our newest addition with you all,” the glowing Duke of Sussex said.

"Be inspired, get excited, and allow the example of service and determination you will see, to change something big or small in your own lives.

#GameOnDownUnder! The rain has cleared and the @InvictusSydney opening ceremony is in full swing🎉 pic.twitter.com/c4V6PRIUQb

Prince Harry just gave the most eloquent speech to open the Games. He is a throwback to the Age of Chivalry. A true knight of hearts. #InvictusGames

Two days ago, he gave another powerful speech about the need to talk about mental health, and opened up about his own struggles, while Meghan was standing by his side, holding an umbrella for him. The scene, couldn’t leave netizens indifferent, who described it with a popular hashtag #CoupleGoals:

Get you a boo that will hold an umbrella for you.#MeghanMarkle doing wifey things while #PrinceHarry finishes his speech. pic.twitter.com/in149Rd8a7

Megan Markle holding an umbrella for Prince Harry while he is having a speech is adorable😍 pic.twitter.com/Kjd4S5hvNA

This photo of Meghan Markle holding an umbrella for Prince Harry as he gives a speech in the rain is going to be the cutest thing you’ll see all day. pic.twitter.com/bbA3SU2Jpe