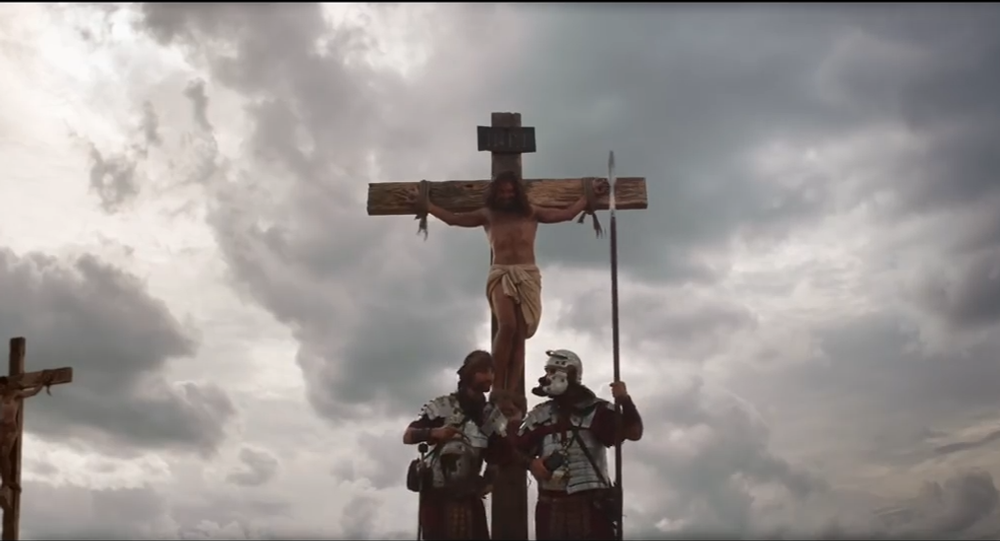 The controversial advert is the lead-in to a documentary called Dying to Live, which addresses the lack of organ donor registrations in Australia.

A two-and-a-half minute advert – aired in Australia – shows two guards asking Jesus on the cross if he would donate his organs after the crucifixion. The armed guards tell Jesus that his organs could save the lives of up to seven people, and suggest that he sign the organ donor registry online.

When Jesus shows interest in their proposal, one of the guards sticks a cell phone onto a spear and reaches it up to his hand to complete the registration.

In the course of the bizarre exchange, the guards tell Jesus that he needs his family to be “on board for this,” and then invite his parents, Mary and “earthly father” Joseph to endorse his desire to become an organ donor after death.

© Photo : Youtube / VISITFLANDERS
Facebook 'Playfully' Mocked for Taking Down Topless Jesus Image Over Nudity Ban (VIDEO)
Jesus’ decision to join the organ-donor registry is followed by a selfie with guards, who suggest using the hashtags #register, #DyingToLive, while Jesus comes up with the hashtag #blessed.

The ad, which winds up with a line reading “Do what Jesus would do,” has stirred up a heated discussion and prompted calls to stop the video from being broadcast.

The lion’s share dismissed the ad as blasphemous and offensive, saying that religious figures shouldn’t be used as “marketing tools”:

Many others pointed to the fact that the answer to the question whether the clip was funny or offensive would be very clear if Prophet Muhammad was depicted instead of Jesus Christ:

Director of the film Richard Bullock said that he “wanted to deliberately provoke a conversation in homes around the subject” due to the desperate need for organ donor registrations.

“I thought it would be amusing and relevant to find that the nicest and kindest man who ever lived – Jesus, wasn’t aware that his organ donor status was no longer on his license. Once I started writing I realized that the complexity of the Australian Organ donation could be explained. In the end Jesus donating his organs is exactly what I think Jesus would do.”