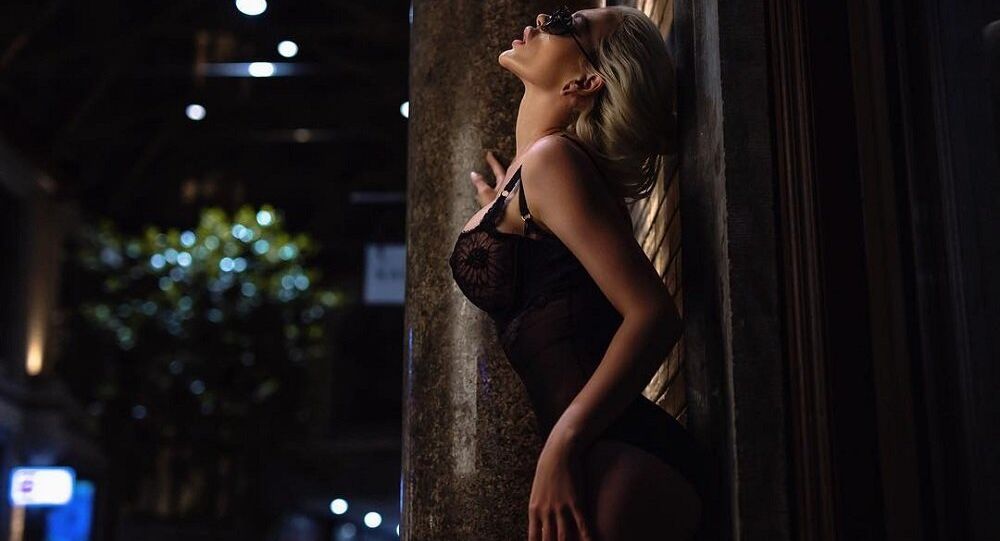 Meet Elena Rosso, a stunning and inspiring woman from Copenhagen, who has frequently been referred to as a real life Barbie. “I am my own inspiration,” she told Sputnik in an interview, going on to detail her uplifting life credo.

“I have never been a person to get influenced by others especially when it comes to something as serious as plastic surgery,” noted 23 year-old Elena, who opted for  two boob jobs, a  bit of Botox and temporary filler injections to maintain her perfect looks.

She acknowledges that many would perhaps think that she “has had tons of plastic surgery” done on her face, but “the truth is that I have not had any surgeries done other than breast argumentation,” she pointed out, adding that no one could safeguard themselves from idle gossip:

“When it comes to strangers and my everyday surroundings there will always be people that have something negative to say.”

Despite Elena being the type that knows quite a lot of people around, the close circle of friends she has surrounded herself with, “know her well enough to understand.” “Even though they may not understand why, this doesn’t mean that they can't accept it,” she remarked.

Elena shared that there are many who do not grasp the idea behind “having lips as big as she does,” but she said such comments reveal that those individuals don’t understand one simple truth:

“Whatever I do, I do for myself because I consider it beautiful or intriguing, and I find it sad that even though we live in a modern society people still find the need to comment disrespectful things when it comes to social media.”

Elena made it clear that the inability to understand something, “does not give one the right to be disrespectful.”

Elena, who reportedly forked out roughly $22,000 on the surgeries and other cosmetic procedures, stressed that she never does anything on the spur of the moment, and everything she does or plans to get done in the future is “something I myself come up with.”  She also made a point that the money she spends is her own; it’s neither taken out as bank loans nor borrowed from others:

“I have absolutely no debt and have been supporting myself ever since I was 14 years old. I have my own apartment, a stable job and a happy relationship despite people having their own prejudices.”

She scrupulously plans her cosmetic endeavors and never resorts to dubious professionals in the field:

“Everything is well thought through and is always done professionally in the same clinic and by the person I have been going to for the past 5 years,’ she noted to Sputnik.

“The same comes to the actual plastic surgeries — my breasts. It took me multiple years to get everything planned through,” Elena stated.

One of the most crucial messages she would like to get across is that her so-called “transformation” has “nothing to do with her troubled past.” She added that the only thing that stands to reason is that her “troubled past” has taught her to do “whatever makes me happy despite others.”

She doesn’t see any reasons why she, “not the extreme type,” attracts so much attention from others, since plastic surgeries are common nowadays.

“So many other women take plastic surgeries to a whole new level. But if I can be an inspiration to other women I would gladly take the title,” she pointed out.

“You should never be afraid to do whatever makes you happy despite other people’s opinions. If its plastic surgery, following a dream some people do not support or whatever. You are your own canvas.”

No Price Too High? British Woman Ready to Lose Six Ribs to Look Like Barbie Doll