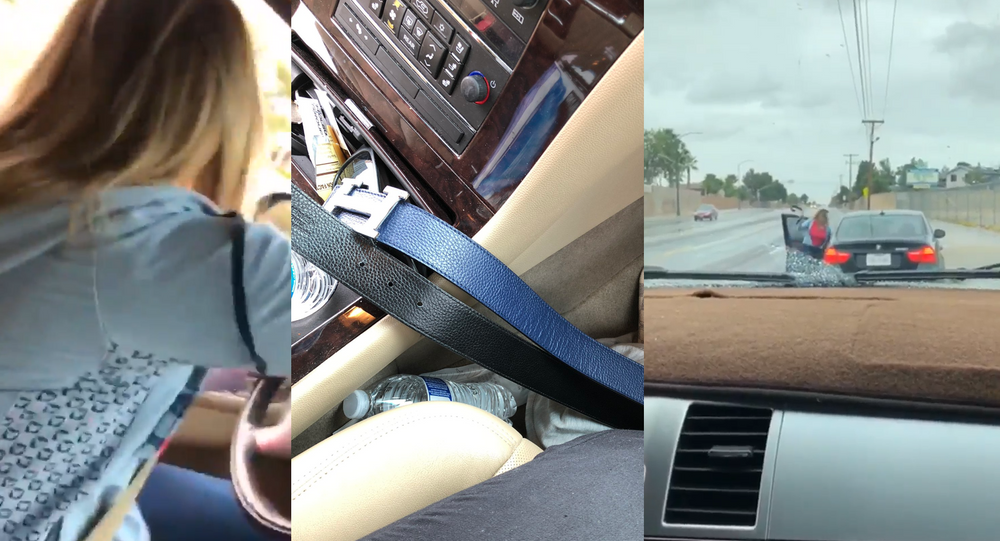 A 14-year-old Texas teen’s joyride came to a screeching halt after his mother, fully equipped with a belt, was tipped off and caught him on the highway – and of course his older sister was present to record the incident.

Texas mother Liza Campero is being heralded as a parenting icon by many mothers in the south and north alike for delivering some "tough love" to her 14-year-old son Aaron Campero. Punishment didn't end on the side of the road, however. According to Aaron's sister (also named Liza), her brother is grounded "until 2019 or further notice" and has even lost the "privilege" of having a bedroom door as a result of his joyride.

The whole auto theft began when Aaron, 13 at the time, had the bright idea of disabling the household WiFi to prevent his mother (who was at work) from accessing their security system feed from her cell phone.

Aaron's first stop was his first, and fatal, mistake. He picked up his best friend from next door — and according to his sister, it was his BFF's mother who tipped off Campero about her missing BMW 3 Series. Knowing Aaron's desire to impress his girlfriend, the mother-daughter duo's first visit was to his girlfriend's house.

"That's when she told me to grab the belt, and I really just ran into the closet and grabbed the first belt I saw," Campero's sister said, according to the NY Post.

She made me bring a belt to whoop his ass pic.twitter.com/kQSL8EViRL

While they did not find Aaron at his boo's home, a second mother eventually called to "snitch" on the teens' itinerary.

The moms are all snitches pic.twitter.com/4mnQsXQrHK

While explaining the situation in a phone call to Aaron's father, the mother is seen successfully tracking down the boy after her city-wide hunt. It's then that she yells at her son to "pull over now" and demands her daughter hand over the belt she hand-picked. The rest is history.

"[Mom] said when she opened the door, he was smirking, and as soon as he saw the belt, he wiped the smile off his face," explained the sister, overheard chuckling in the clip below.

Initially embarrassed, Aaron reportedly got into a better mood once he returned to school and was dubbed "El Paso Ferris Bueller" — which references both the Lone Star State and the classic ‘80s movie "Ferris Bueller's Day Off."

Though the teen did not receive a moving violation or get rear-ended, his rear end probably took a few days to heal after the whooping he received!