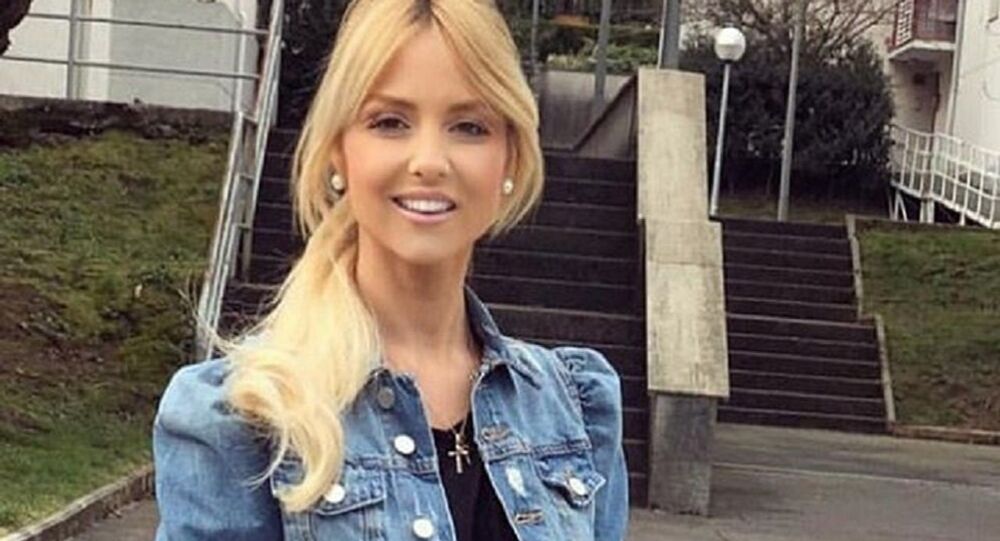 The screenshots Vela's accuser posted, namely the footballer’s alleged messages from an official social media account, show him praising her looks in pictures and asking to date him.

Former Arsenal forward Carlos Vela’s better half has supported him over claims he attempted to ask out transsexual model Alejandra Salinas.

Stunning Spaniard Saioa Canibano, mother of Vela’s son Romeo, has taken to Instagram to publish a Stories video of her shooting Cupid arrows, which land on her husband sitting in a car, The Sun wrote with reference to the woman's closed account. He is also reportedly shown smiling, with computer-generated kisses planted all over his face.

Vela, currently a Los Angeles FC star, vehemently denied the claims and denied texting Alejandra Salinas after she published screenshots of  his supposed social media messages. On Twitter, he branded the model a fraud who had exploited “technology to achieve some personal objective.”

"A person who I don’t know in the slightest and I have never contacted in any shape or form, has used technology to obtain some personal objective,” he claimed furiously.

"It’s a real shame. People with no scruples that don’t care about damaging others as long as they achieve what they want."

Vela met his wife Saioa while he was part of Real Sociedad and Saioa was working as a sports journalist in the Basque city of San Sebastian.