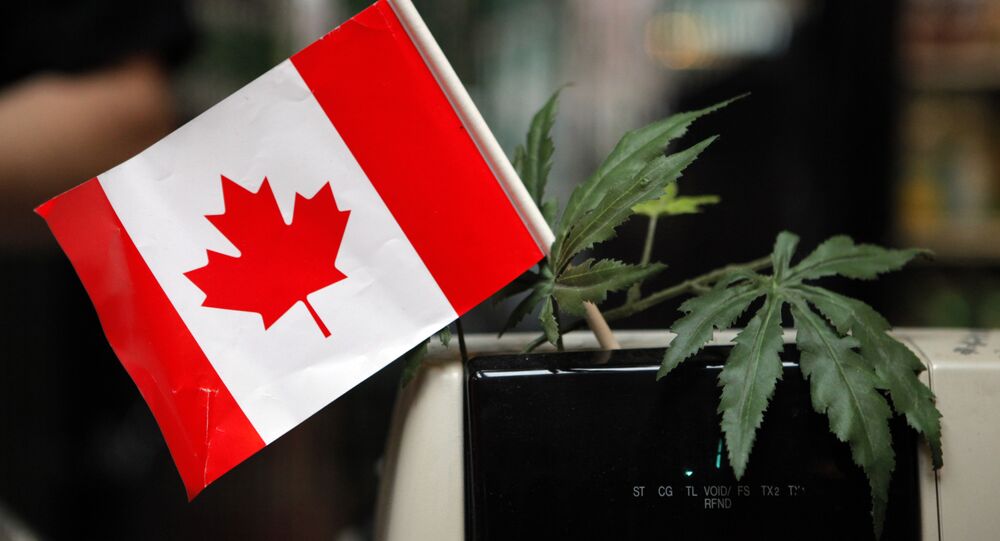 Canada is breaking away from its medical traditions set in 2001 to legalize recreational pot smoking, with Twittizens across both sides of the Atlantic commenting on the newly-decriminalized pastime.

Canada became the second country in the world after Uruguay to fully legalize recreational marijuana for domestic sale and consumption on Wednesday, sparking a massive flurry of praise and debate on the decriminalization of cannabis.

The government has informed over 15 million households about new laws to regulate recreational marijuana use, citing police preparedness for tackling users driving under the influence and other offenses.

Preparations have taken months as governments deliberated on how citizens could buy and use cannabis, with plenty of unanswered questions remaining.

"It's been my dream to be the first person to buy the first legal gram of cannabis in Canada, and here I finally am," Power told the BBC.

Legalization began after Canadian prime minister Justin Trudeau made campaign promises in 2015 to decriminalize 'ineffective' weed laws made in 1923, adding the initiative would help ease the war on drugs while earning the federal government roughly $400 million in taxes each year.

The Twitterverse was buzzing with activity in the early morning hours on Wednesday, with Americans and Canadians envisioning a world full of weed and wishful thinking. Some even burst into song and dance.

Bloomberg's TicToc even offered a "cannabis crash course', giving people the rundown on all things ganja-related.

Here are the terms, companies, and figures you need to know #tictocnews pic.twitter.com/iPhlFHNIlm

However, not everyone was enthusiastic. One killjoy simply couldn't be bothered.

The 'green-eyed monster' was stirred across the Commonwealth, with some Brits politicking on how weed legalization would look like in the UK. Some even took a jab at Brexit, reminding Eurocrats who pays the bills.

Because they don’t know how to tax it mate!

One respondent immediately called it inhumane, adding "we're already killing fish and all sorts of animals"

They had misunderstood, thinking Canada was legalizing *cannibalism*

News just in…..the massive migration of Brits to Canada has led to Amsterdam recording its highest low levels of British tourist. Its feared a recession is imminent! pic.twitter.com/7FjrkpQ7LI

But Downtown Vancouver already smells like Little Amsterdam? I imagine the only noticeable change will be the rise in GST applied to local menus #cannabiscanada

The #UK needs to look and learn just as you been legally killing and addicting people on Alcohol and Tobacco for generations cannabis sold Legally is win-win payday. Imagine how many #Council houses you could build.
#Justsayin