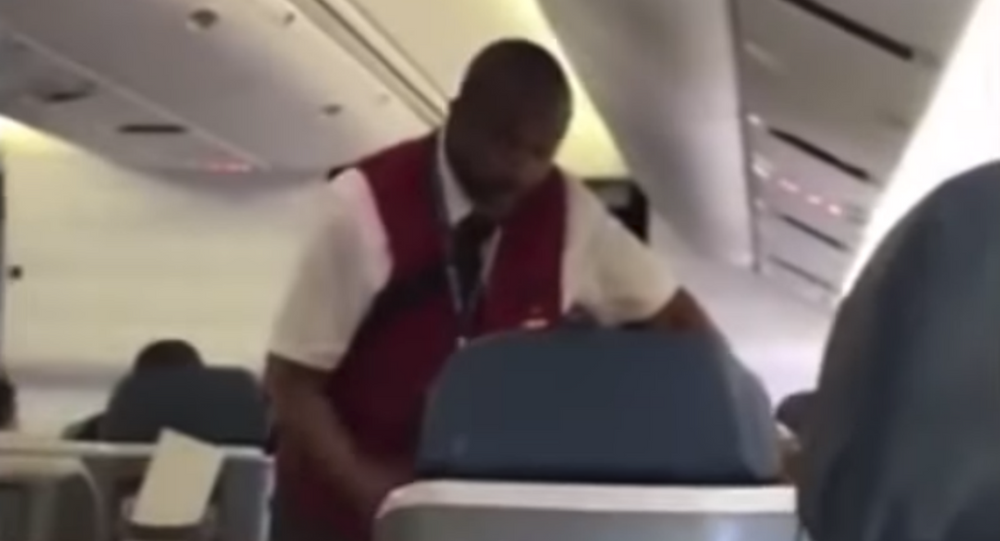 American actress Tara Reid was removed from a Delta Airlines plane this week after she reportedly threw a fit because flight attendants failed to meet her demands moments before the New York City-bound flight was due for takeoff.

Delta's flight 613 from Los Angeles to New York had already departed from the gate when flight attendants were given an earful from the 42-year-old New Jersey native.

Sources told tabloid news site TMZ that Reid's grievances were mainly about her not getting a window seat or a pillow for the flight. Additionally, the actress was also reportedly bothered by the fact that a fellow passenger in front of her had a reclined seat.

Video obtained by the outlet shows a flight attendant trying to deescalate the intense situation as Reid collects her belongings. "We'll carry all your things for you and meet you out here with the captain," a Delta employee tells Reid, before removing her bag from the overhead compartment.

​Though Reid has not yet commented on the incident, a certain former reality star known for being the former spouse of semi-retired wrestler Hulk Hogan has offered her own theory on the incident. Standing proudly in Reid's corner is Linda Hogan, who took to Twitter on Monday to claim that the flight attendants were "obviously jealous."

Now why would they have been jealous, you ask? According to Linda, it's because Reid is "white and privileged."

​"Those BITCHY JEALOUS overworked nasty flight attendants are pulling a left stunt," Linda wrote in a follow-up tweet. "Tara's seat probably cost as much as 8 low life passengers in the BACK, screw you @delta."

Michael Thomas, a spokesperson for Delta, told Sputnik on Tuesday that flight 613 was delayed "due to a customer disturbance on board," and did not offer further details in relation to Reid's complaints.

"Delta apologizes to the remaining customers for the inconvenience and appreciates their patience as the situation was resolved," the statement read. The airliner did not offer any comments regarding Linda Hogan's remarks.

After Reid was deplaned, the flight was allowed to take to the skies. Reid was able to catch a later flight to her destination on Monday.