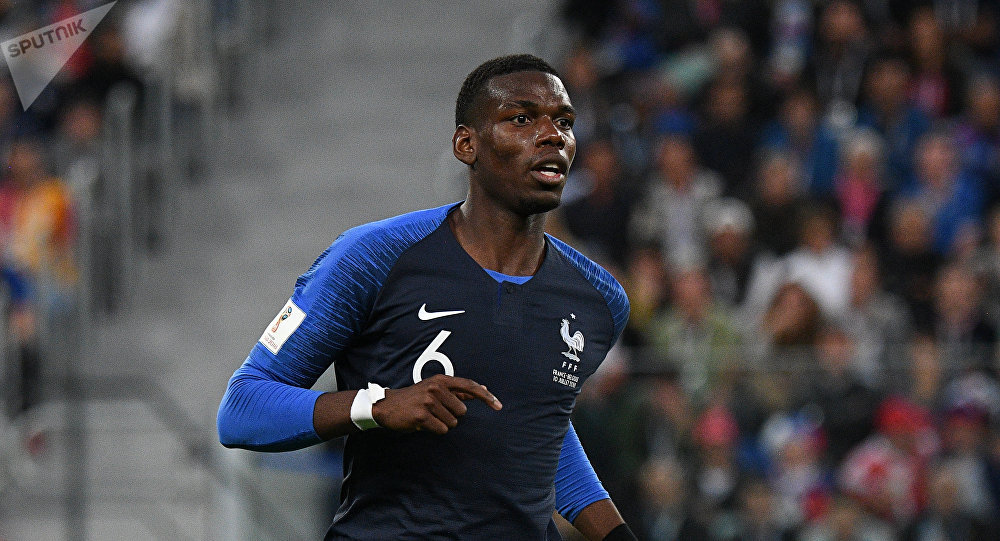 'Protective Bro:' Twitter Melts as Seething Pogba Rushes to Stand Up for Mbappe

France’s Paul Pogba raved and stormed over Iceland players’ performance on Thursday, which made him leap from his seat and rush onto the field after Runar Mar Sigurjonsson’s challenge on his France teammate Kylian Mbappe.

Icelandic player Runar Mar Sigurjonsson kicked out twice as Mbappe raced down the wing trying to rescue his World Cup winning team from an embarrassing defeat, which he ultimately did, in his last minute penalty.

Sigurjonsson was promptly shown a yellow card for the foul play, leading to Mbappe’s penalty strike, but the cynical challenge couldn’t stay unnoticed on the French bench, with Manchester United midfielder Pogba opting to sort things out with the referee in person. Teammate Raphael Varane intervened as a peace-maker, seeking to resolve the row.

It was a bad tackle. Go and watch it again. I thought it was minor until I saw it from another camera angle, that dude kicked kylian twice and the ball wasn't even close to him.

Football-loving Twitterians couldn’t help commenting on the incident, with many saying that such escapades signal that he is big-headed enough and apparently seeks to make “a figure.”

“Always looking for some drama,” one netizen remarked.

Others suggested that everyone should mind their own business, hinting that “jumped-up” Pogba had better rely on referees to make verdicts.

“Jeez who does he think he is??? Just let the referee do his job… I now get why mourinho is fed up with this idiot…” one user wrote.

Jeez who does he think he is??? Just let the referee do his job… I now get why mourinho is fed up with this idiot…

However, many seemed very much amused and even touched by Pogba’s gesture, claiming he is much like a protective parent or brother.

“Paul Pogba is in protective big brother mode with regard to Kylian Mbappe,” one user remarked in French.

“Pogba doesn’t like it when someone touches his little ones,” a different French user noted.

Another continued still further, saying he obviously thinks more of the French team than his contract with Manchester United:

“That’s the quickest Pogba has moved over the pitch all year.”

Two things…. How many rolls Kylian, been playing with Neymar too much.. and, thats the quickest Pogba has moved over the pitch all year.

In a Nations League clash, the Didier Deschamps team secured a friendly 2-2 draw with Iceland at the French Stade du Roudourou in Guingamp on Thursday.