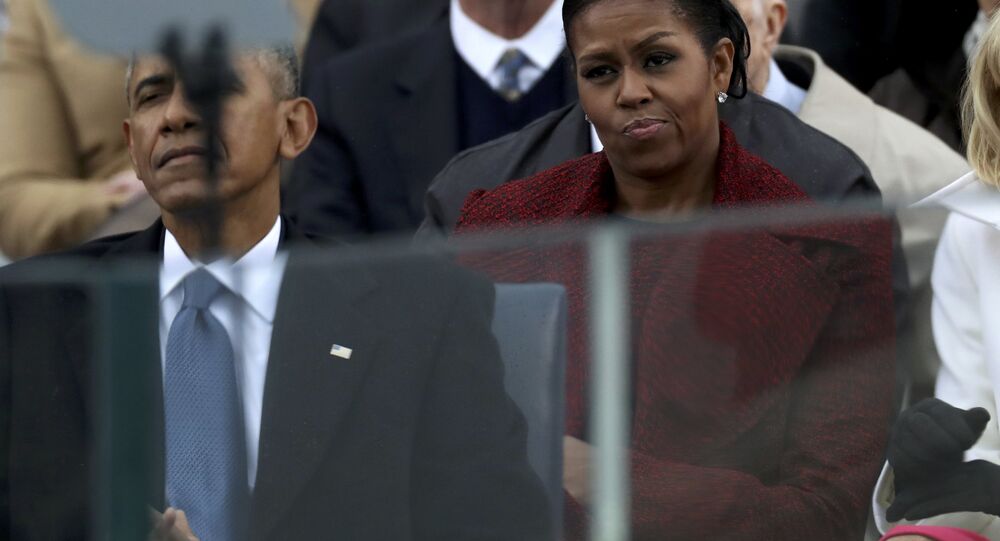 Turns out, he handed her a very old cough drop from his time at the White House.

Former First Lady Michelle Obama revealed what former US President George W. Bush passed to her during the funeral ceremony of Senator John McCain: a cough drop from Bush's own days in the White House.

"I didn't realize at the time that anybody noticed what we were doing," Obama told "The Today Show" on Thursday, during an appearance to discuss the International Day of the Girl.

George Bush sneaking Michelle Obama some candy during John McCain's funeral might be the video that saves the Republic pic.twitter.com/GvQscSvO5y

​However, the moment attracted a lot of attention in the press and went viral on social media, sparking a certain amount of speculation about what Bush had given Obama and what it could have meant.

© AP Photo / Charlie Neibergall
Michelle Obama, Democratic Senator Blast Hillary Clinton's Call to Dump Civility With GOP
Obama said that it was a "simple gesture," adding that she and Bush are "forever seatmates because of protocol."

"That's how we sit at all the official functions, so he is my partner in crime at every major thing where all the formers gather," she said.

"So we're together all the time, and I love him to death. He's a wonderful man. He's a funny man," she added.

I think George Bush would risk IT ALL for Michelle Obama😂😂😂😂😂 pic.twitter.com/S7JVPnlk1Z

​The former first lady said she was surprised that the cough drop Bush gave her was in a White House box.