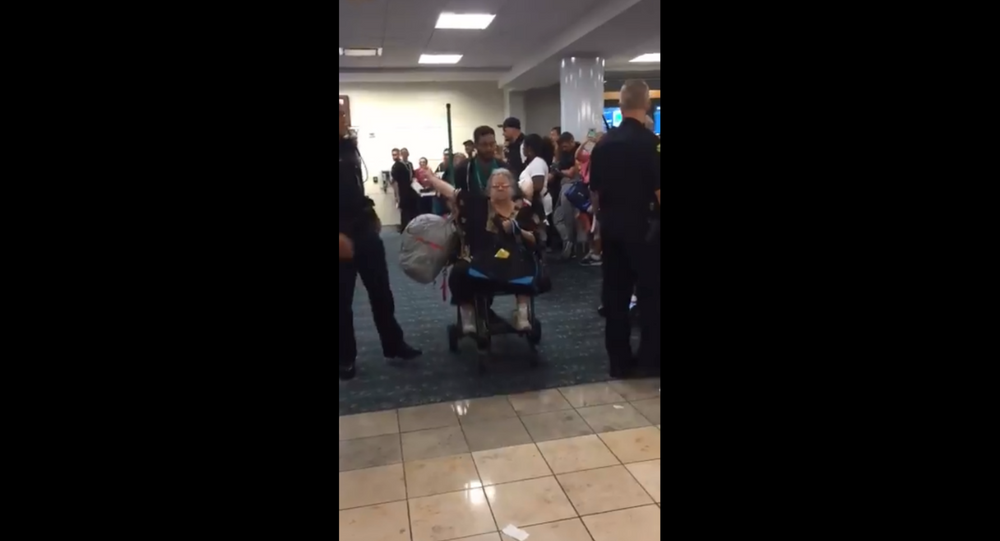 A passenger attempting to fly from Orlando, Florida, to Cleveland, Ohio, was booted from her flight on Tuesday because her emotional support animal didn't make the cut on Frontier Airlines' approved animals list.

What was the animal at the center of the ruckus, you ask? No, it wasn't a peacock. It was a squirrel, folks.

Frontier Airlines told Sputnik in a Wednesday statement that when the unidentified passenger booked the flight, she did indicate in her reservation notes that a support animal would be tagging along. However, she failed at that time to specify that it was a squirrel.

"Rodents, including squirrels, are not allowed on Frontier flights," the statement reads. "The passenger was advised of the policy and was asked to deplane."

But this episode didn't conclude so easily. Frustrated with the airline's decision, the woman refused to disembark from the plane, which eventually led to officers from the Orlando Police Department being called to the scene.

"Orlando Police were called, and everyone was deplaned so police could deal with the passenger. Police eventually escorted the passenger off the aircraft and returned her to the main terminal," the statement continues.

Footage of the incident, showing dozens of passengers being removed from the plane, was shared on Twitter by user Julia Papesch, a graduate student enrolled at Florida State University.

​"We all got on the plane, and then we were sitting there for a while. All of a sudden someone came over the intercom and said that we all had to deplane. I thought something was wrong with the engine," Papesch told USA Today. "I kept hearing things about a squirrel, so I was asking people around me, and someone said we did have to deplane because of a squirrel."

"I think everyone was really confused, [but] for the most part people found it funny," she added.

Additional footage shared by others who were forced to deplane shows the moments that the squirrel-owning passenger was rolled out in a wheelchair from the plane toward Orlando International Airport's main terminal.

As the passenger made her way out, she sent out a couple of mixed messages, first waving the one-finger salute to another disgruntled traveler before waving a thumbs-up to others in the crowd.

​Frontier Airlines issued new regulations regarding its policy for emotional support animals and trained service animals earlier this month. The new changes, which will take effect November 1, require passengers intending to travel with such animals to complete two forms at least 48 hours before their scheduled departure.

Permitted emotional support animals include cats and dogs. Rodents, including squirrels, "are not permitted on Frontier Flights under both the original and new policy," the airliner told Sputnik.

The nutty altercation ultimately caused the flight to be delayed by roughly two hours. It's still unclear how the passenger managed to make it past the ticketing booth and onto the plane with the squirrel.

Sgt. Eduardo Bernal, the public information officer with Orlando police, told Sputnik Wednesday that no charges were filed and that no additional actions were taken after the woman was escorted to the main terminal.

Slither Out of Here! Squirrel Protects Its Home, Attacks Viper

There Can Only Be One: Tough Squirrel Pushes Owl Out From Its Nest