Even though Yeezy announced in a somewhat cryptic September tweet that Watch the Throne 2, a follow-up to his first chartbuster collaborative album with Jay-Z, was on its way, the Carters are said to be unwilling to preserve their friendship with Kanye and his wife.

According to RadarOnline.com, Beyonce and Jay-Z’s friendship with Kanye West and Kim Kardashian is “completely over” after Ye’s multiple pro-Trump rants.

The Carters, who are longtime supporters of Donald Trump’s Democratic nemesis, Hillary Clinton, as well as ex-president Barack Obama, are reportedly “sick” of Kanye’s political “bullsh*t.”

“They are outraged over Kanye’s recent political rants,” a source close to Beyonce told the website.

Kim’s recent visit to the White House to discuss criminal justice reform, as well as her husband’s antics during his appearance on NBC’s Saturday Night Live were the final nail in the coffin – Beyonce and Jay-Z have reportedly cut all ties with the couple.

It started with Ms. Alice, but looking at her and seeing the faces and learning the stories of the men and women I’ve met inside prisons I knew I couldn’t stop at just one. It’s time for REAL systemic change pic.twitter.com/kdKr8s6lJW

“They think Kanye is a disgrace, and is only doing this for attention. Beyonce and Jay-Z know that Kanye is seeing a future in politics, but they feel that they cannot associate themselves with them from this point forward. They want nothing to do with either one of them.

The report sent social media into meltdown, with users suggesting that the Wests would be better off without the Carters, whom they branded as “Fake Friends with conditions”:

They won’t be missed. Kanye and Kim will be in much better company

@Beyonce and JayZ are intolerant. I have more respect for people who do not define friendships through politics. Beyonce and Jay-Z 'sever ties' with Kim Kardashian and Kanye https://t.co/yE8jKEjzVo via @DailyMailCeleb

Did they ever accept #Kanye? Typical liberals — friendship comes with conditions, and if you don't submit, they will cut your ass off! #FakeFriends with conditons!
Beyonce and Jay-Z 'sever ties' with Kim Kardashian and Kanye https://t.co/vlePU7V9VK via @DailyMailCeleb

Earlier this week, Kanye, who’s been increasingly active on his social media accounts, shut down his Twitter and Instagram amid fierce backlash following his pro-Trump speech on SNL and a series of tweets on abolishing the 13th Amendment, which itself abolished slavery in 1865 and granted enslaved African-Americans their freedom.

© AP Photo / Seth Wenig
Trump to Discuss Chicago Violence, Prison Reform With Kanye West - White House
In a Tuesday statement, White House spokeswoman, Sarah Sanders, announced that President Trump would be having lunch with Kanye on Thursday to discuss a wide array of issues, including prison reform, prevention of gang violence, manufacturing resurgence in the US, etc.

As for Kanye’s potential political future, in a September interview with Power 92 Chicago, Kim Kardashian’s other half stressed that if he ran for president, it would be in 2024, when he would be confident he would win.

Last month, famous hit-maker and one of West’s closest friends John Legend revealed that he believed Ye was serious about his intentions to run for president.

This is not the first time that the long-lasting friendship has experienced difficulties: during a concert in 2016, Kanye called out Jay on a number of issues, from not visiting him after Kim was the victim of an armed robbery in Paris to the fact that their daughters North and Blue Ivy haven’t had a play date and the possibility of a future Watch the Throne 2 album.

"Don't call me, after the robbery, and say 'how you feelin?' You wanna know how I'm feelin? Come by the house," — Kanye #SaintPabloTour pic.twitter.com/G6wkIzbY0n

In a revealing interview with Dean Baquet for T, The New York Times Style Magazine, in November 2017, Jay said that he was back on speaking terms with Kanye amid speculation that he had dissed Ye on his album 4:44.

“[I talked to] Kanye the other day, just to tell him, like, he’s my brother. I love Kanye. I do. It’s a complicated relationship with us… ‘Cause you know – Kanye came into this business on my label. So I’ve always been like his big brother. It’s always been like a little underlying competition with you big brother," Jay told the magazine. 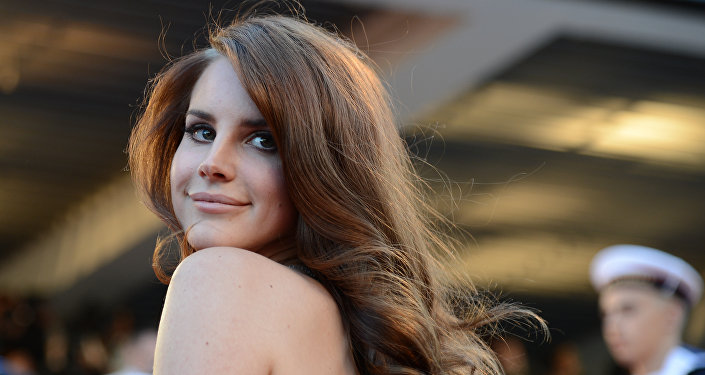 © AFP 2019 / ANNE-CHRISTINE POUJOULAT
'You Need an Intervention': Netizens Divided as Lana Del Rey Calls Out Kanye West Over Trump Support
"And then there’s like a lot of other factors that play in it. But it’s gonna, we gonna always be good. It’s just that there’s certain things that happened that’s not really acceptable to me. And we just need to speak about it. But there’s genuine love there,” he added.

In a May interview with Charlamagne Tha God on iHeartRadio’s The Breakfast Club, Kanye revealed that the rift with Jay stemmed from the Carters’ missing his wedding to Kim.

“I was hurt about them not coming to the wedding. I understand they were going through some things, but if it’s family, you’re not going to miss a wedding,” he said, alluding to allegations that Jay had been unfaithful to Beyonce.

The Problem With Kanye, Trump, Cosby, and Bill Clinton