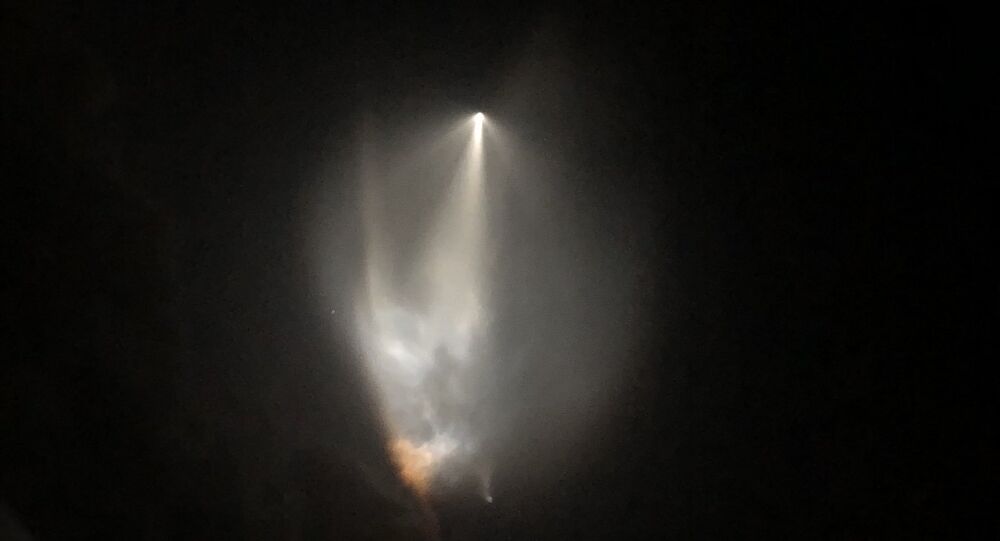 Netizens Freak Out About Ball of Light in California's Sky (PHOTOS, VIDEO)

Many Californians went to the social media after they watched odd light rocketing among the stars over California. The show was put on by the SpaceX rocket, which launched overnight on the West Coast from a base some 200 km away from Los Angeles. Earlier the US Air Force had issued a warning about the sonic booms and flashes, this might cause.

Space X has launched the Falcon 9 rocket on its first-ever land landing mission on the West coast from Vandenberg Air Force Base and accidentally confused Californians with a light show in the night sky.

Many have voiced their puzzlement about the light cruising in the dark over their head on social media, posting videos, as well as their guesses what this flash ball might be, or just freaking out.

At #UCLA and I see this in the skies of #LA. #Aliens? #Comet?
JAW DROPPING!! pic.twitter.com/1uS0UGWUXR

Something strange and intriguing in the sky of LA! I'm from Brasil and didnt see nothing! Wow!!👽👽👽 pic.twitter.com/pMI1dZnkVW

Others suspected a strange comet was about to pass by.

​Others came up with a UFO plot.

I was driving back to LA and on the way back on the 99 before reaching the grapevine their was this weird ass comet/ space shuttle coming down that was blue/green. Or was it aliens? Every car was pulling to the side it was really weird. 😧🤔

So many amazing cell phone videos & photos of #spacex launch taken in LA. It looks like it was a cross between the Stranger Things monster & an alien having a baby in the sky. #Falcon9

Some narrowed their guesses down to either aliens or something made by Elon Musk.

Do you see the light going across the #LA sky tonight? Either Space X is at it again or it’s aliens? 🤔😆 pic.twitter.com/4vFlYbyHni

​The proud founder of the SpaceX also shared a couple of images of the sky show and snaps capturing the rocket launch.

​This Falcon carried its payload,an Argentinian satellite which is one of the six-piece satellite consortium, targeted to capture high-resolution images of Earth. Its first stage booster also successfully landed onto the ground-based pad on the West Coast, which was the first SpaceX mission of such kind.

However, many locals might have been kept awake to witness the successful mission, as the Us Air Force had warned about loud booming and burning in the sky on this October night because of SpaceX’s launch at Vandenberg Base.