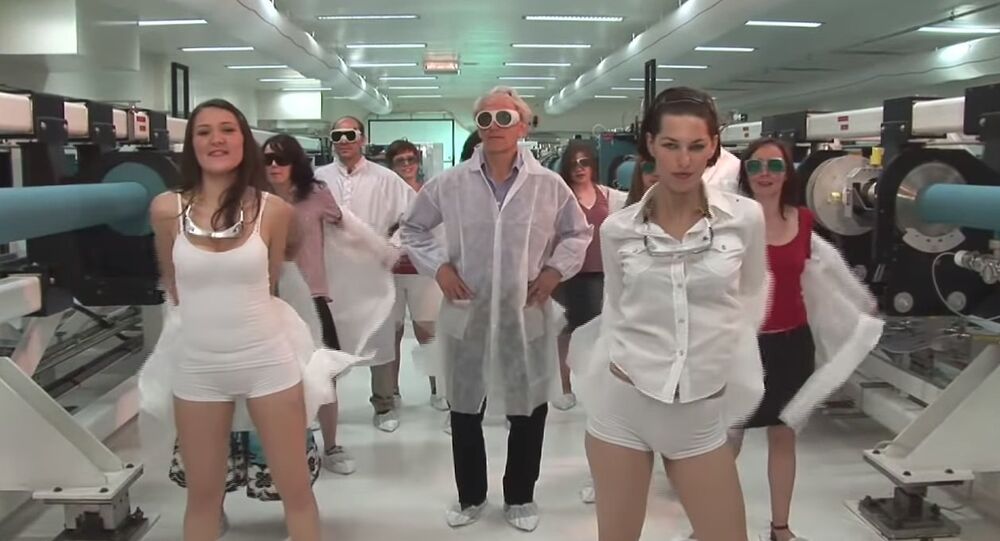 The clip, intended to chip away at the "nerdy professor" stereotype by featuring a dancing Gérard Mourou surrounded by scantily-clad female colleagues, has been slammed for undermining gender equality and downgrading women in scientific circles.

Gérard Mourou, one of this year's Nobel laureates, has landed in hot water over a humorous clip about his research project ELI (Extreme Light Infrastructure) published on YouTube, which many, including the Royal Swedish Academy of Sciences, slammed as denigrating to women.

The film published in 2013 starts off with a little boy having nightmares. Later, it shows Gérard Mourou driving a sports car to his laboratory, where he is greeted like a superstar by students and fellow researchers. The adoration then explodes into a dance surrounded by frivolously dressed girls. The clip ends with Mourou taking the little boy's hand and walking into the sunset, Hollywood-style.

Christian Rödel from the German Helmholtz Institute Jena, one of Gérard Mourous's colleagues in the field of laser physics, called the video "inappropriate and unpleasant," calling Mourou's involvement a "mistake."

"Women are presented merely as accessories in an experiment controlled by older men who behave arrogantly," Christian Rödel told Swedish national broadcaster SVT. "The laser physics area is dominated by men, and when a senior professor and role model like Gerard Mourou makes such a video, the research field is significantly damaged," Rödel said.

Agnes Wold, a professor of clinical bacteriology at Gothenburg University and a strong advocate of gender equality in scientific areas, argued the film was "embarrassing."

"This is a wake-up call for all who have claimed that there is equality in the academic world. Here we have proof to the contrary. And apparently OK'ed by a person who is at the absolute top of the scientific hierarchy, a Nobel Prize winner," Wold said.

Göran Hansson, permanent secretary at the Royal Swedish Academy of Sciences, argued that the clip contradicted the academy's view of women. However, he admitted that it still wouldn't have affected the choice of laureate, as the prize is awarded for "physics and nothing else."

Gérard Mourou himself said that the video was made in a humorous spirit to illustrate that researchers can relax as well, adding that he wasn't proud of it. Christian Rödel argued that when the film appeared in 2013, there was a lot speculation that it could cost Mourou the Nobel Prize. Apparently, it didn't.

On Tuesday, Gérard Mourou was awarded the Nobel Prize in physics together with Donna Strickland and Arthur Ashkin for "groundbreaking inventions in the field of laser physics."