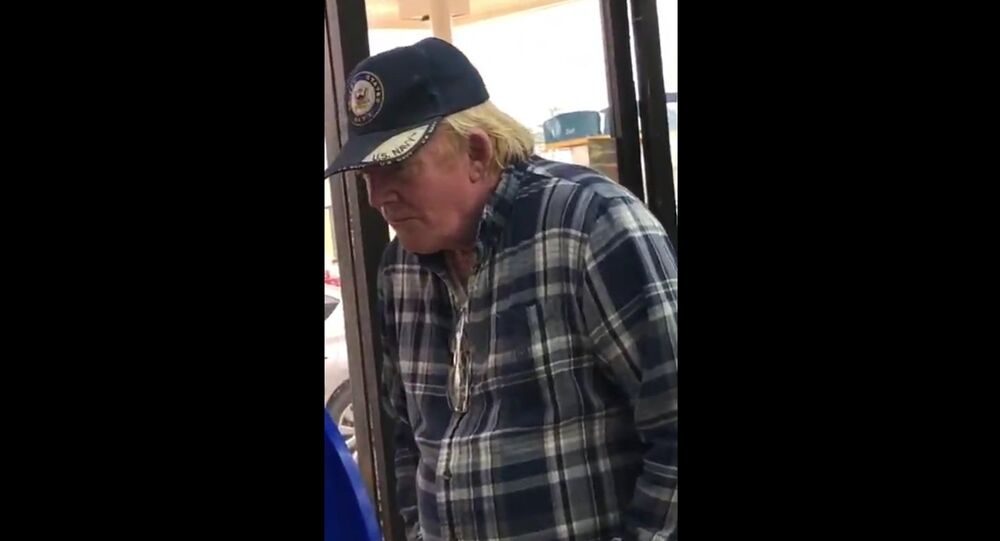 Footage of a man who many Internet users claim is the spitting image of President Donald Trump is now circulating around social networks.

In a published clip that lasts only 6 seconds, the man in a US Navy cap and a casual checked shirt is seen taking a look around what is assumed to be a gas station, and social media users have en masse found him to have the same facial features as the president.

The man’s identity is not immediately clear, nor the exact place where the video was shot.

Tons of tongue-in-cheek reactions immediately started pouring in, as most could hardly resist the temptation to give the story a decent laugh:

“They are multiplying!” one exclaimed, while another one reminded her friends of some facts from Trump’s business biography:

This would be Donald Trump if he didn’t get the $413 million handed down to him by Fred Trump. https://t.co/nw9G7eSHhI

Trumps'doppelganger, only this guy doesn't have a rich daddy who he can mooch of off. https://t.co/8h3yaj6YH6

“A doppelgrifter,” one weighed in, with another one asking: “Ronald Crump?”

One user remarked that the most important thing about the video is “the chance for you to use the word doppelgänger in a sentence.”

The important part about this viral GIF is not the apparent breathtaking similarity to @realDonaldTrump but the chance for you to use the word doppelgänger in a sentence. With umlauts. pic.twitter.com/ucNj0txoqT

Extremely hilarious jokes continue to come in, mostly focused on the apparent disparity between the two individuals in question:

LOL the belly does not lie.

More like an identical twin from a parallel universe! 🧐

Will someone please get the President from this 7/11? pic.twitter.com/LAaeI0KfXn

#ThisIsAmerica So the question has to be asked, @CBSEveningNews @jeffglor… is this your President dressing down in order to get out of The White House? 🙄🤔😳 #Trump #POTUS #OriginalReporting https://t.co/NtSdgNlpx3

Can you imagine the democrats desperation with two Trumps?! OMG 😂#MAGA 🇺🇸🙏

I spotted an immediate flaw — his mouth isn't open and wagging. Otherwise…The Best Impersonation EVER, let me tell you!

That is actually him, in disguise. He was buying beer for #Kavanaugh

Last April, a picture of Trump’s other lookalike, a female Spanish potato farmer, made multiple rounds on the Internet, with Twitter users giving it a life of its own by posting swathes of memes under the hashtag #SenoraTrump.

Dolores Leis Antelo accidentally found fame after a journalist visiting a rural area in Cabana de Bergantiños interviewed her for an unrelated story on how local farmers brace for storms. Antelo then told the photographer that she was "charmed" to learn what people made of her uncanny resemblance to Trump.

How Trump Amassed His Fortune: An Insight Into American Capitalism