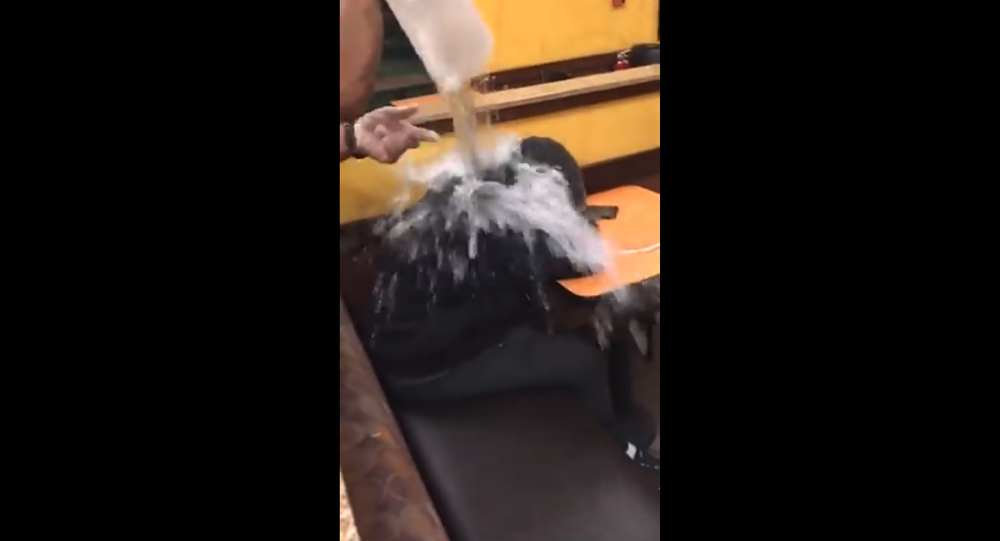 Two workers employed by Dunkin' Donuts in Syracuse, New York, were given the boot this week after video footage surfaced on Sunday showing one dumping a jug of water on a homeless man who dozed off while charging his phone in their shop.

The video, which has garnered nearly 3 million views on Facebook, begins as a Dunkin' Donuts employee walks up to the homeless man, since identified by local media outlets as Jeremy Dufresne. The employee asks Dufresne a question — when he doesn't respond, the employee dumps a pitcher of water on him.

"How many times I got to tell you to stop sleeping in here, my n***a?" the unidentified employee tells Dufresne, who scrambles to get up and gather the cell phone he'd been charging at the establishment.

"You're here all day; you have enough time [in here]… How many times have the customers and the people going to tell you to stop sleeping in here?"

After Dufresne mumbles that he mistakenly nodded off, the employee continues to berate him throughout the 39-second video. "No, it was not an accident, bro. You know I'm not playing with you. I ain't going to call the cops on you like I said, [but] you're going to get out of here," the frustrated employee says. 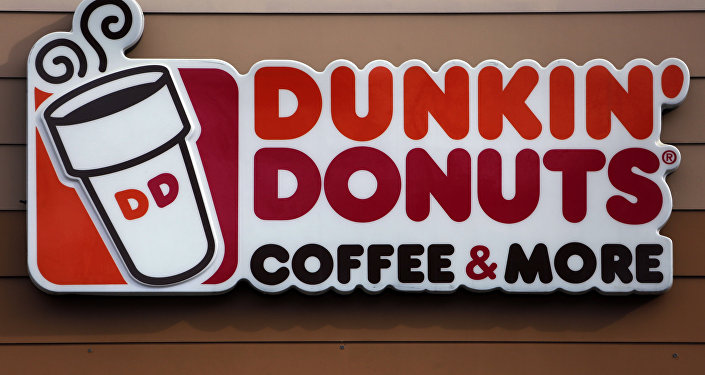 The video eventually cuts off with the filmer walking away and laughing at the situation.

Since the incident took place, it was revealed that Dufresne had been charging his phone so that he could call his mother to tell her goodnight, Syracuse.com reported, noting that he has struggled with mental illness and has been living on the streets for more than a year.

"He probably had some personal problems of his own and needed someone to talk to," Dufresne told the outlet, referring to the employee who threw the water on him. "And he took it out on someone else, like me."

As the video began to make the rounds on social media, it caught the attention of homeless advocate Al-Amin Muhammad, who promptly visited the store on Monday to find out more details about the incident and speak with the manager.

Video footage of Muhammad's encounter shows employees acknowledging the weekend altercation and Muhammad informing them that a demonstration would be held outside the establishment.

​Muhammad, who also spent a period of 10 years living on the streets, told USA Today that he felt as though he was being kicked to the curb by employees who didn't to address the situation.

Though Muhammad did ultimately organize a small protest outside of the Dunkin' Donuts location on Monday, it wasn't until Tuesday that he met with Tom Santurri and Bob Alberti, local representatives of The Wolak Group, which owns the Dunkin' in Syracuse, that progress was made.

Since his meeting with Santurri and Alberti, Muhammad, who runs a local homeless outreach program, revealed that all three will be working to "develop training and education for the staff through volunteer work."

Kimberly Wolak, the owner of the Dunkin' franchise where the incident occurred, told Sputnik that the events that unfolded left the whole of the Wolak Group "extremely disturbed."

"It not only violated our written policies, but goes against our core values as an organization — which include creating a welcoming and hospitable environment and treating everyone with dignity and respect," the statement provided by Dunkin' Donuts reads. "The employees involved in the incident have been terminated, and we will be contacting the individual in the video to apologize for the negative experience."

"We also intend to work with local advocates to make sure that our employees are better educated as to how to engage with homeless individuals and where to direct them in the community for appropriate assistance," the statement adds.

Though it's unclear if Dufresne will press charges, he has been speaking with law enforcement officials, according to Syracuse.com. The same outlet has also reported that the office of Onondaga County District Attorney William Fitzpatrick is investigating the altercation, suggesting that workers could receive harassment charges.

A GoFundMe page for Dufresne was launched on Monday with a goal of $150. It has collected more than $12,000.