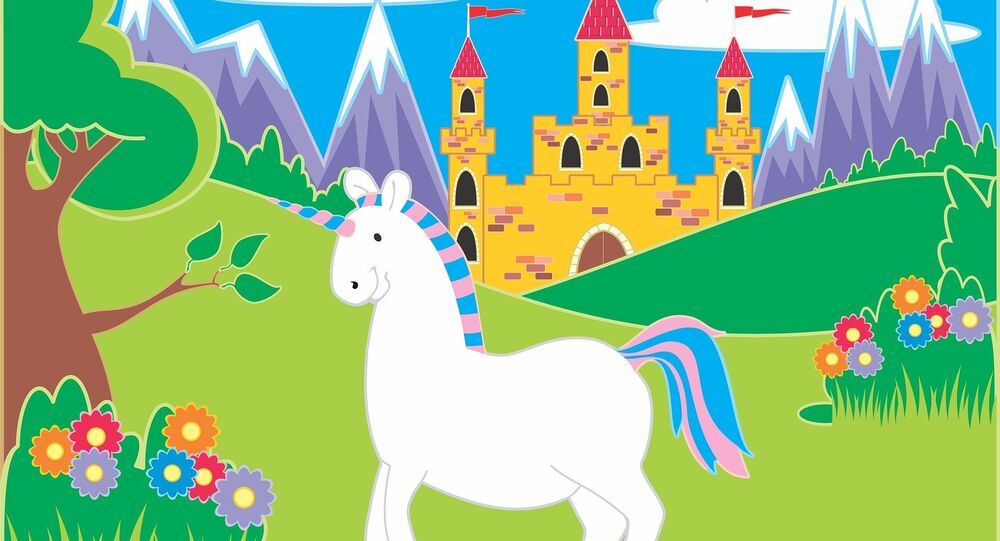 The owner has jokingly asked $1 million for the creature with the adorable anomaly, and the "unicorn reindeer" is now a Norwegian national celebrity.

A unique reindeer with a single antler growing smack in the middle of its forehead has been discovered in Čorgašnjarga in Tana Municipality in northern Norway, the national broadcaster NRK reported.

According to reindeer herder Maret Elle Varsi, the irregularity was discovered when the herd was given a routine check and administered syringes when necessary. Soon, everybody gathered in the corral around one peculiar animal.

"I have never seen a reindeer grow antlers in the middle of its forehead. And neither has my father, who has worked in reindeer husbandry for his entire life," Varsi said, explaining her astonishment.

According to Varsi, everyone found it strange, because the skull is thickest there. While older reindeer sometimes develop a third antler in a place where they previously had wounds, this phenomenal deer was a young one and hadn't been injured. Varsi stressed that it behaved like the rest of the flock and did not seem to mind its fairytale-like deformity.

"Oh, that's a nice unicorn here. It looks as if it was taken out of a Disney movie," Torkild Tveraa, a scientist at the Norwegian Institute for Nature Research, said, reacting to the snapshot of the unique specimen.

Neither Tveraa, nor other members of the scientific community with a knowledge of reindeer husbandry have encountered anything similar before.

"The other antlers aren't covered in fur, but suddenly another one appears to be growing, and the coating is still on. This is strange," Lars Folkow, a professor of zoophysiology at the Arctic University of Norway said.

While Varsi tagged her Facebook post with the image of the unique reindeer with "Disney" and has asked a million dollars for it, her business offer still hasn't received an answer. However, the Norwegian public is thrilled, and has been bombarding Varsi's Facebook page with adoration.