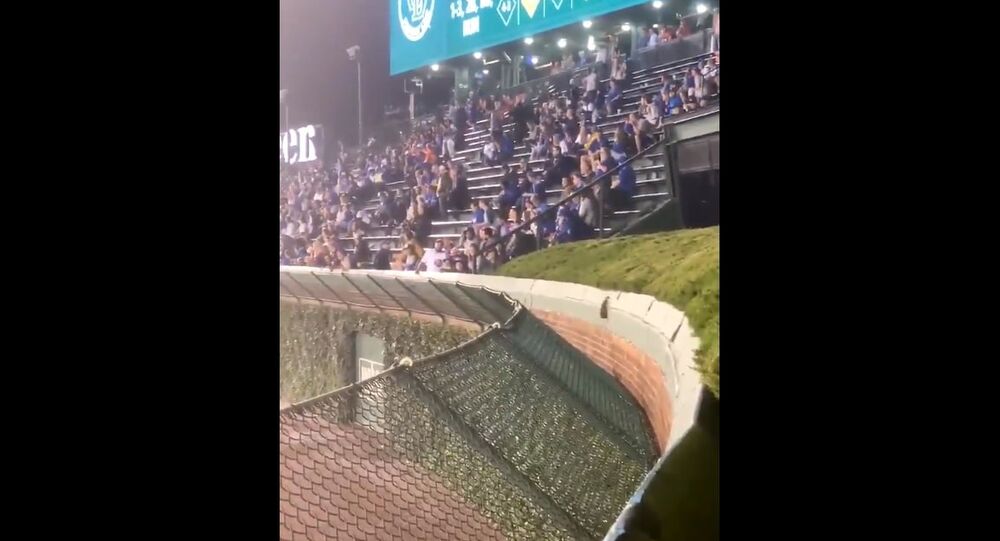 The rodent regaled fans at Wrigley Field when he tried to jump from the fencing surrounding the famed baseball diamond onto an outer wall.

Chicago-based photographer Will Byington filmed how Chicago Cubs fans cheered on "Wrigley Rat" instead of their home team, which was playing the Pittsburgh Pirates.

At first, the rat didn't make it, compelling the fans to pity the Chicago native. But, being fans, and used to the task of providing encouragement, they started shouting: “Jump, jump!” and “You can do it!”

When the #WrigleyRallyRat gets the biggest cheer of the night? I think it was rigged by the piRATes! It’s been a rough game! @barstoolsports @BarstoolBigCat @Deadspin @SarahSpain pic.twitter.com/H8PrgnLqtI

When the rat finally jumped, the fans rejoiced as if their team had won. But no, they lost.

WATCH Rat Living With Soy Plant Growing Through Its Body