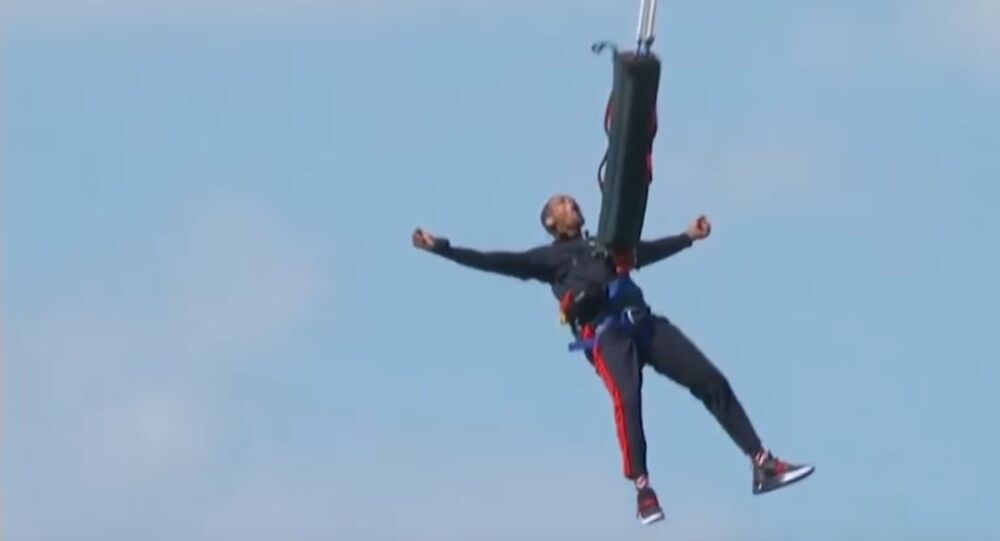 Despite struggling at first to get into the groove, the Hollywood star eventually calms down, sending kisses to the crowd as he slides into the canyon's nearly one-mile depth.

Actor and vlogger Will Smith has celebrated his 50th birthday in a remarkably unique way — that is, with a daring helicopter bungee jump right into the depths of the Grand Canyon, held by nearly 200 feet of active cord.

In a video, streamed on YouTube, The Men in Black star is literally hovering over the landmark canyon by the Colorado River, to cheers from his family, wife Jada Pinkett and their three kids, and the rest of the viewers.  Although appearing, most naturally, nervous before the jump, persuading himself to “never look down,” he then pulls himself together and takes a leap.

The actor performed the bungee jump, which was an estimated 550ft high, to raise awareness of the charity Global Citizen, which aims to end extreme poverty by 2030, according to the Free Press Journal.

WATCH UN Audience Burst Into Laughter at Trump During His Address