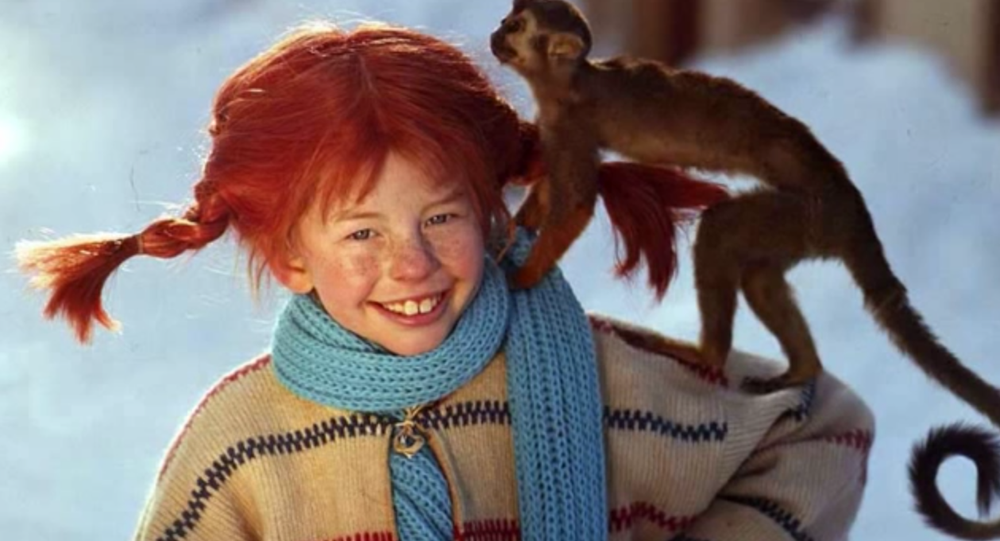 In a new re-enactment of the popular children's story, the lovable red-haired rascal becomes a Roma living in Rinkeby, one of Sweden's most notorious ghettos. While Astrid Lindgren's relatives initially opposed this transformation, they later gave their consent.

In the integration-promoting project "Pippi in Rinkeby," one of the best-known protagonists in Astrid Lindgren's books becomes a Roma living out of a deserted car in a dangerous Stockholm suburb, Swedish Radio reported.

"Pippi in Rinkeby" is a new project that arose from a workshop for Roma children aged 6-12 at Askeby School in Rinkeby, led by author Gunilla Lundgren.

While she no longer owns the horse Little Old Man or the monkey Mister Nilsson in the ghetto adaptation, Pippi Longstocking is out to "combat injustice."

"She is the world's strongest and most self-sufficient girl and takes total care of herself. Everything is as in the original, but we have made it our own version," Felicia Di Fransesco, one of the creators, told Sweden's Radio.

"Immigrant Pippi" will subsequently be launched as a radio series in Swedish and so-called minority languages (Romani, Finnish, Meänkeli, Sami and Yiddish), eventually becoming a book, which will also be translated into Romanian. "Pippi in Rinkeby" will be also broadcasted on children's radio during autumn holidays.

Astrid Lindgren's descendants first said no to turning Pippi into a Roma ghetto dweller. However, when the creators suggested that the receipts from the project will finance a children's library for Roma children in Bucharest, Romania, they eventually conceded and gave the script a glance.

Among Swedish internet users, Pippi's transformation was met with skepticism.

"Apparently a remake of the Brothers Lionheart is in the making, where Rusky (Muhammad) and Jonathan (Ali) are Somali clan killers from Angered [an immigrant-heavy suburb of Gothenburg]," user Valhajen commented.

​"Pippi in Rinkeby, thug life," another user commented on Twitter.

​In the 2000s, the cult adventures of the red-haired trickster were "updated" to become politically correct and avoid racism and colonial undertones. Longstocking's self-introduction "My dad was the King of Negroes" was thus changed to "Captain of southern seas."

At over 15,000 inhabitants, the Greater Stockholm community Rinkeby is noted for its high concentration of first and second-generation immigrants. Over 90 percent of its population have a foreign background. Close to half of Rinkeby's population is of African descent, and it is often dubbed "Little Mogadishu."