A fake image of US President Donald Trump personally pulling flooding victims to safety in a life raft has once again surfaced in the aftermath of catastrophic flooding in the Carolinas caused by Hurricane Florence - and the internet is very amused.

The image is photoshopped in a comical way: The Real Donald, in full suit and tie, is leaning dangerously far over the side of a semi-rigid raft to grab a man clinging to a chain link fence amid rising and rushing flood waters. In Trump's hand is his classic red "Make America Great Again" trucker cap.

The real image, though it doesn't depict the commander-in-chief acting out the heroics some of his more ardent fans might have wished it did, is heroic enough in its own right. It shows members of the Austin Fire Department in Texas' capital city saving a man during torrential rains in 2015, Snopes reported.

A photoshopped picture depicting Trump rescuing people during Hurricane Florence has been shared 275,000 times on Facebook. The original is from Texas flooding in 2015. pic.twitter.com/woWuPuqSSy

​You can see video of the dramatic rescue here on the Austin FD's Facebook page:

The first time this image appeared in its present form was in 2017, when it ostensibly portrayed POTUS rescuing survivors of Hurricane Harvey after that storm dumped an unprecedented amount of rain on eastern Texas. At least the state was right on that occasion. 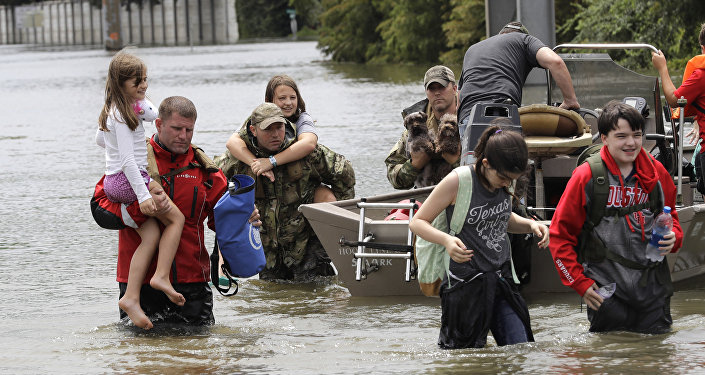 This time around, the photo got over 250,000 shares before Facebook took the image down on Monday, The Daily Dot noted. The caption read: "You won't see this on the news… make it go viral," a clear appeal to the president's fans who see him as a superhero character who's doing right by America, much to the chagrin of the media.

The Daily Dot noted that people seem, for the most part, to have shared the image out of humor and not hero-worshipping, although some users on Reddit swore their relatives had earnestly forwarded the photo.

Right. Donald Trump rescued people from Hurricane Florence the way he cleared wreckage from the World Trade Center in the days after 9/11. And people will believe it. Believe me!

​Some folks had fun with other — sadly real — hurricane-related Trump antics, such as his bizarre distribution of paper towel rolls in Puerto Rico in the aftermath of Hurricane Maria last year.

…and I thought this was real! ;-) pic.twitter.com/eFbtB0ZqQP

​However, there's a more nefarious side to this story, too. New York Times tech writer Kevin Roose opined Monday that Facebook didn't have a more systematic way to remove viral fake images like this one. 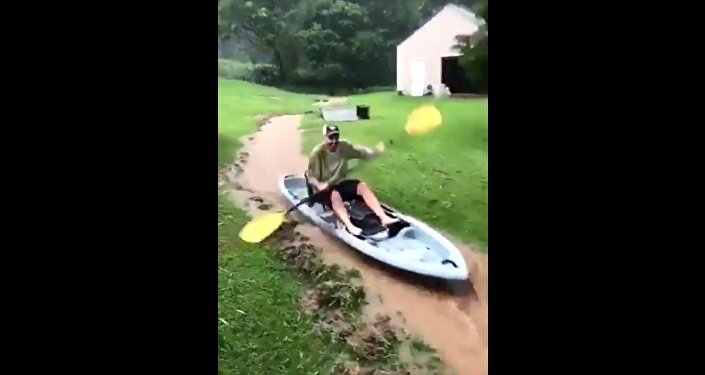 Considering the ways that Facebook has already tried to govern what news its users can and cannot see through hiring "fake news specialists" and labeling or removing sites and stories based upon its own definitions of what constitutes veracity, as Sputnik has reported, it might not be the best thing for the social media site to be deciding which images are real and which deserve to be removed from circulation. It would be easy to prune from public consumption images that are politically inconvenient but important for public discourse, for example.

Plus, it would kill memes.

'We Are All Going to Die': Viral 'Robot Overlord' Video Creeps Out Twitter