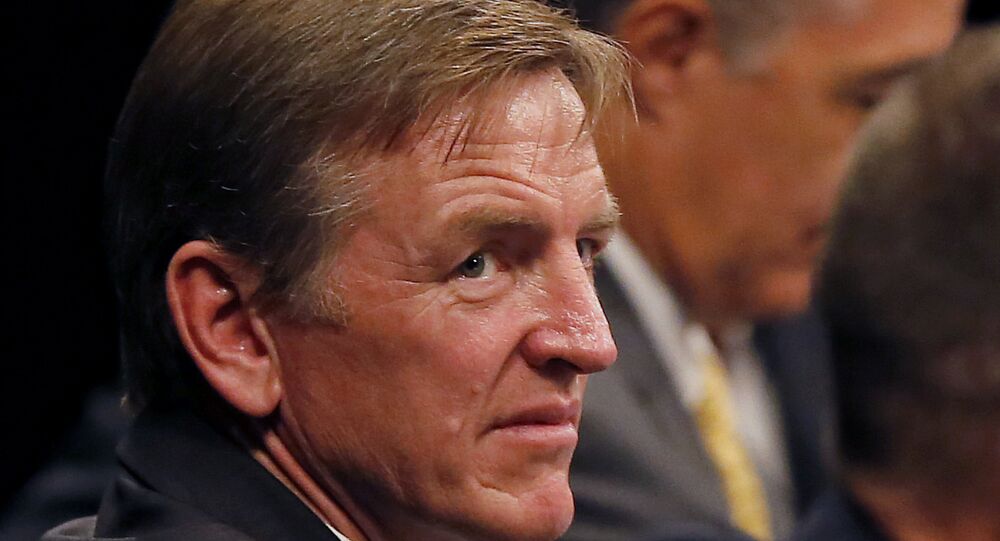 Many Republican candidates in the upcoming November US midterm elections are facing an uphill battle due, in part, to their support of the country’s current president, Donald Trump.

© AP Photo / Steve Helber
Western US City Sees Another March by Racist Trump Supporters
A GOP congressional candidate in Arizona is facing a particularly unique challenge after his own brothers and sisters joined forces with the opposing Democratic candidate, detailing their Republican sibling's racism.

Several brothers and sisters of incumbent Republican Representative from the US state of Arizona, Paul Gosar, have pledged their support to their sibling's Democratic rival in the upcoming US midterm elections, after pointing out their brother's racism, according to The Hill.

David Brill, the Democratic candidate for the US House of Representatives in Arizona's Fourth District, released a series of new political ads that feature testimonials by his opponent's family detailing the four-term GOP politician as a racist and supporter of the increasingly erratic policies emanating from the Trump White House.

Tim, Jennifer, Gaston, Joan, Grace and David Gosar — six of the ten children of Mom and Dad Gosar — have detailed their brother Paul's policies on health care, immigration, education and gun control, with an eye toward documenting the latter's racist beliefs, according to the Phoenix New Times.

"It would be difficult to see my brother as anything but a racist," noted sister Grace in an advertisement supporting the elder Gosar's Democratic opponent.

GOP lawmaker Paul Gosar is an unabashed supporter of Trump and the policies of the increasingly unpopular president's administration, in particular the construction of a 2000-mile wall along the US/Mexico border.

During a July junket to Belgium, Paul Gosar additionally lent his support to jailed anti-Islamic protester Tommy Robinson — real name Stephen Yaxley-Lennon — who has violently lobbied to keep Muslims out of Europe, according to CNN.

The siblings have noted — similar to a rising number of American voters in the Trump era — that their Republican brother's beliefs have torn the family apart.

"None of us are doing this for publicity. None of us even want to do it," brother David said, adding that brother Paul might be ill.

"He just doesn't appear to be well," the younger sibling observed of his elder brother, cited by The Hill.

The GOP candidate has not publicly responded to the statements made by his closest family members, according to the Phoenix New Times.

The upcoming November US midterm elections are widely seen as an electoral benchmark marking the political mood of the nation, particularly in the era of Trump, in what many pundits and voters consider to be the most polarizing American presidency of modern times.