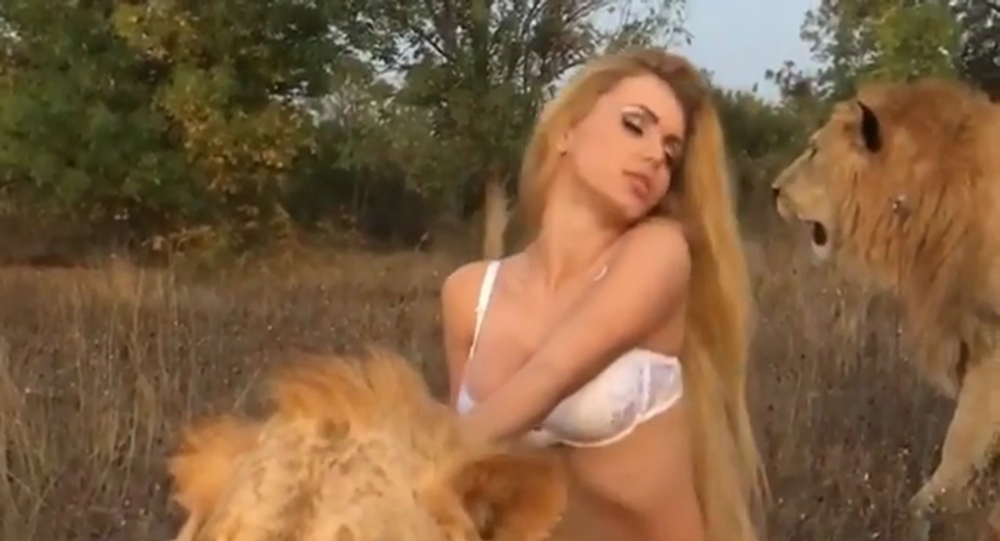 Sambuca’s new photo op elicited mixed reactions from her followers who either praised her display of sexiness or bashed her.

In a video posted on Sambuca’s Instagram account, the model can be seen petting one of the lions while the other is sitting behind her, under the careful supervision of an animal handler.

"Magnificent mane that looks like a crown, a kingly poise and proud gaze. Lions’ very appearance conveys their confidence and composure. I will forever remember this meeting, this nature’s might," Sambuca wrote in the post’s caption.

"Wish I was the one being petted like that," one of the men participating in the photoshoot can be heard saying.

Her performance, however, did not amuse some of her followers who were quick to voice their anger in the comment section.

"Would have been great if he ate her and the photographer. Leave the lions alone. Jesus. F**king humans," one user remarked.

"A pity that the lions didn’t tear her to shreds," echoed another.

Others, however, praised Sambuca’s looks and her composure next to the two deadly predators.