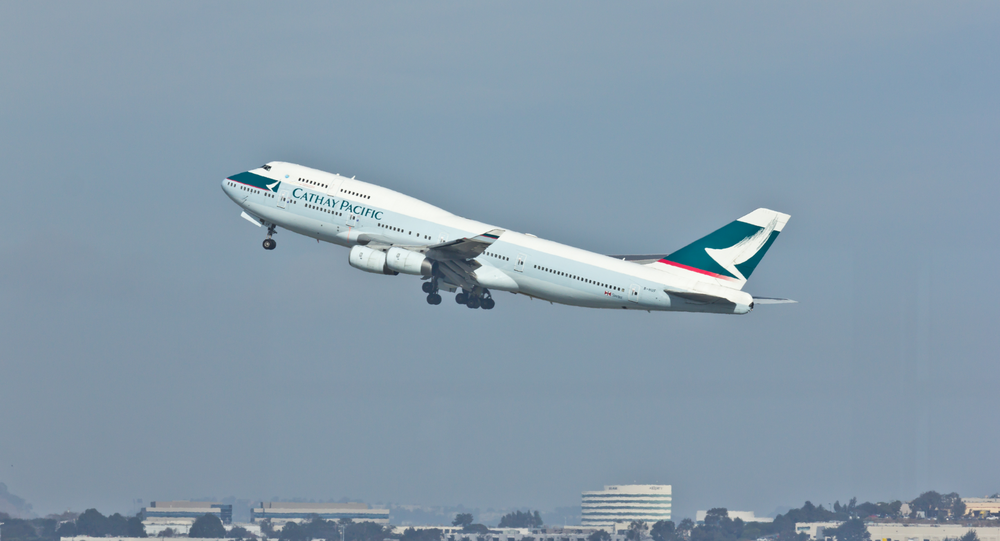 Hong Kong-based Cathay Pacific Airways wound up sending one of its new planes back to the shop this week after the company's name was misspelled on the side of the Boeing 777-367.

Photos shared online by the airliner showed that rather than reading "Cathay Pacific," the name painted on the side of the aircraft read "Cathay Paciic." Handling the snafu with a hint of humor, the company wrote on its social media pages: "Oops, this special livery won't last long! She's going back to the shop!"

​Yet while the airliner wrote off the incident as a simple mistake, not everyone was on the same page.

"The spacing is too on-point for a mishap. We have stencils," an engineer for Haeco, a sister company of Cathay Pacific, told the South China Morning Post. "There should be a blank gap in between letter if it was a real mistake, I think."

Netizens, on the other hand, had a blast, throwing around jokes about the situation and even offering their own ideas on how to fix the mishap.

​As for the cost of the error, it's presently unclear. The Post speculated that it could come to a couple thousand dollars.

The plane had traveled overnight from China's Xiamen, where Haeco conducts maintenance for the airline, to Hong Kong on Wednesday morning before the revelation was made, The Guardian reported. The mispainted plane has been part of the airliner's fleet since 2004.