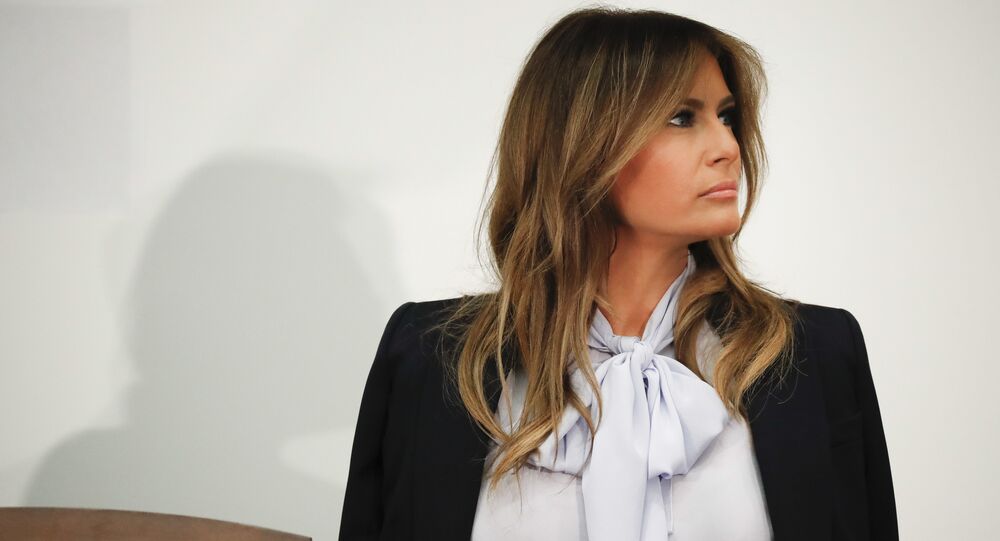 The US first lady has provoked the fashion police on social media with a wool coat she chose to wear while welcoming the Polish president and his wife at the White House.

After the July incident when Melania was mocked for opting for a yellow Gucci coat in Finland, where her husband met Russian President Vladimir Putin, despite the hot weather, her devotion to this particular type of clothing, which turned out to be yet another piece by the posh Italian designer worth $3,980, has puzzled many Twitter users. The question floated from one Tweet to another: Why is it always coats?

Another coat? What is your obsession with coats. And with today’s heat and humidity you wear wool? So weird

The “escape” jokes couldn’t be avoided either.

Why do you always wear coats?
Do you think some foreign diplomat is going to assist your escape?
Also, hi, @StephGrisham45

Some have suggested that the first lady is being naughty…

I think she was naked under the coat. Naughty girl.

And mock her hostess skills.

A @FLOTUS Hostess Tip: No thing make guest feel the welcomes like when you leave heavy coat on all time in the doors, even to eat the foods. #NoMushroomOnMenuEver pic.twitter.com/5jyIP8j1ZA

However, some slammed the critics and comedians for knowing nothing about style and applauded Melania’s choice.

It’s a coat dress!! I guess you know nothing about fashion!!

Beside the buzz around her outfit on the margins of the Trump-Putin summit in Helsinki, the first lady was at the center of another “coat controversy” this summer, after she wore a designer khaki jacket with a print on the back reading: "I really don't care, do u?" as she departed to visit a migrant child center in Texas. After media and social networks exploded in outrage about the alleged "hidden message," her spokesperson Stephanie Grisham dismissed all allegations, saying it was just a piece of clothing.

The US president’s wife has also been roasted for not getting dirty enough in the White House Kitchen Garden during a traditional vegetable harvesting session with schoolchildren, when she was photographed wearing a designer shirt, spotless blue-and-white Converse sneakers, and immaculate red gloves.