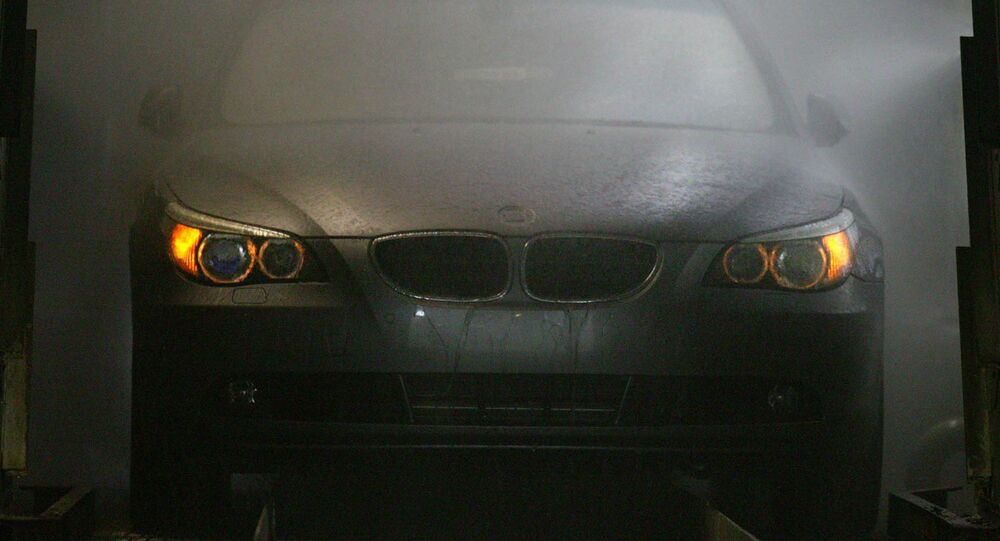 A photograph of an “invisible car,” uploaded by a redditor nicknamed u/Tittzo, has instantly given social media users the creeps, prompting them to come up with dozens of bizarre theories.

The picture, widely shared on Reddit, was originally posted on Chris Nichols’ Instagram, who runs an auto detailing business in Atlanta. Chris revealed that the enigmatic car, which has caused a stir on social media, was actually a black 5 series BMW, which had been so highly polished that it wound up looking almost indistinguishable from its surroundings.

But before the mystery was unraveled, social media users had gone to great lengths to find out if the picture was real, with many comparing the vehicle in the photo to a cloaked Klingon vessel from the popular TV series Star Trek, as well as the1987 thriller Predator, which featured aliens that could make themselves invisible.

“Dude, no kidding. That gave me total Predator vibes when I noticed the distortions,” one user penned, while others wrote: “It’s the Predator’s car,” or “The predator mobile!”

© CC0 / Pixabay
Breasts for Everyone: Buyers Can Try on Top-Notch 3D Optical Illusion ‘Boob Job’ Top
“Do you think cloaking devices from Star Trek were just something that made the spaceships super shiny like this?” a fellow Redditor wondered.

Others tried to provide a scientific explanation for the high-quality reflection, with some saying that the car seemed invisible due to a combination of the lighting conditions, the angle from which the photo was taken and the fact that the camera was too close.

“Items are a lot more reflective when viewed at a severe angle. Would just look like a normal car from head on,” a Redditor wrote, while another suggested that it was related to the Fresnel lens: “Fresnel who lived from late 1700s to early 1800s first documented the observation that things are more or less reflective based on their viewing angle. This is entered in part as the 'index of refraction' in 3d rendering.”

Unsurprisingly, some dismissed the snap as a fake, suggesting that it had been digitally altered.