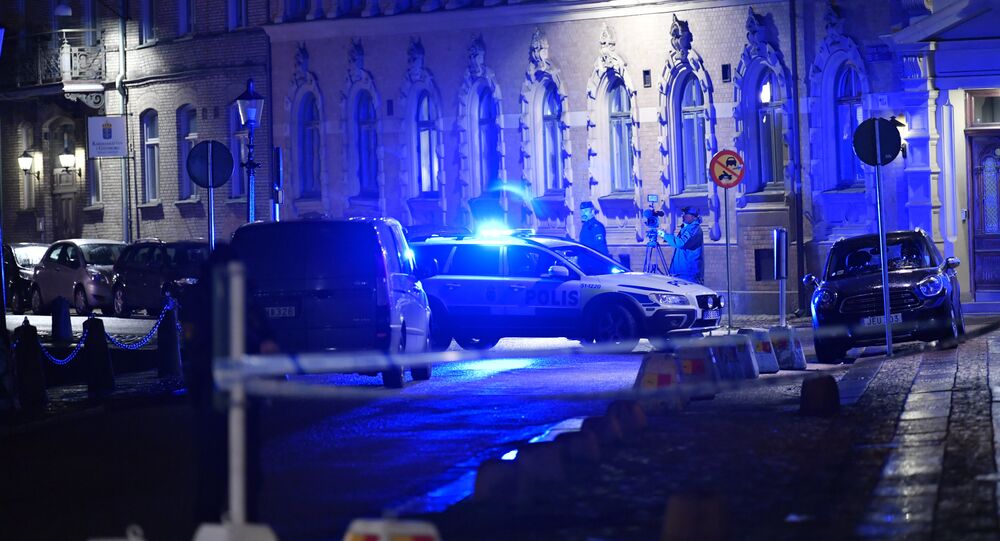 A curious case, in which vicious anti-Semitism has effectively prevented a man convicted for hate crime with anti-Semitic motives from deportation to Israel, has sparked outrage within Sweden's Jewish community, and it is feared that the incident will set a dangerous precedent.

The Swedish Court of Appeal has voided a previous expulsion ruling by a district court concerning a stateless Palestinian man found guilty of hate crime, for having thrown firebombs against a synagogue in Sweden's second-largest city, Gothenburg, national broadcaster SVT reported.

Despite the Swedish Migration Board previously giving the green light to the expulsion, the Court of Appeal ruled that the perpetrator of the vicious anti-Semitic attack couldn't be deported just because of his convictions.

In its verdict, the Court of Appeal found "reasonable reason to fear that [the convict's] fundamental rights would not be assured if he were to be expelled," citing Israel's "potential interest in the matter" and the "uncertain situation prevailing at both the border crossings to Gaza and the West Bank and in the territories themselves." The court also referred to reports concerning human rights and democracy in Israel and Palestine by the Swedish Foreign Ministry.

This bizarre instance of rabid anti-Semitism incidentally playing into the convicted person's hands has caused strong reactions among legal professionals and members of the Jewish community.

"I find it strange that they overrule the Migration Board's opinion that there is no enforcement hurdles," prosecutor Stina Lundqvist said, as quoted by the news outlet Nyheter Idag. According to her, the verdict may be interpreted in a way that a burning hatred for Jews could actually be to one's advantage in terms of getting to stay in Sweden.

Israel's ambassador to Sweden issued a statement voicing "deep concern" over the verdict he called "highly prejudicial" and polarized."

Israel is a democratic country, based on Rule of Law. We are thus deeply concerned with the Court’s highly prejudicial and politicized verdict.

​Maria Halkiewicz, the chairwoman of the Stockholm-based Swedish-Israel Friendship Federation in Stockholm, is very critical of the ruling.

"The fact that such a man gets to stay in Sweden on the grounds that he is guilty of crimes against Jews is really hard to grasp. It is bizarre that anti-Semitism can save a criminal from expulsion," Halkiewicz told Nyheter Idag. "Put that against the fact that adults and children could have been burned to death inside the synagogue in Gothenburg. This man does not respect the lives of other people and yet he gets to stay in this country," she added.

According to her, Swedish Jews have become increasingly concerned about anti-Semitism in society and the incident in Gothenburg adds to their fears.

"Great signal policy. 'Are you a Palestinian worried about being expelled?' Well, go attack some Jews, so you get to stay," Sweden Democrat Paula Bieler tweeted sarcastically, calling Sweden a "sick country."

"Sweden's legal system to Jew haters: ‘We would like to create safe rooms where Jew haters can hate Jews without fearing any consequences of their hatred.' Almost authentic quote from Swedish court," stand-up comedian, author and TV-host Aron Flam tweeted.

​"We are afraid that the anti-Semitism from the Arab world will become a mortal threat to us. In Sweden, there is no longer any religious freedom for us Jews," writer Salomon Schulman wrote in an opinion piece called "How could you not expulse the synagogue burner."

​Sweden's Jewish diaspora numbers some 20,000 people, whereas the Islamic community is over 800,000 strong and is constantly growing.

Approximately 10 people firebombed the Gothenburg Synagogue on a December evening in 2017. Ultimately, three people were identified and convicted of hate crime by the district court owing to material from surveillance cameras and mobile phone traffic analysis. None of the convicted offenders were Swedish citizens. Two were stateless Palestinians, while the third man was Syrian.