The millionaire was reportedly offered $150,000 as well as “an all-day supply of smoking products” if he agreed to this proposal. 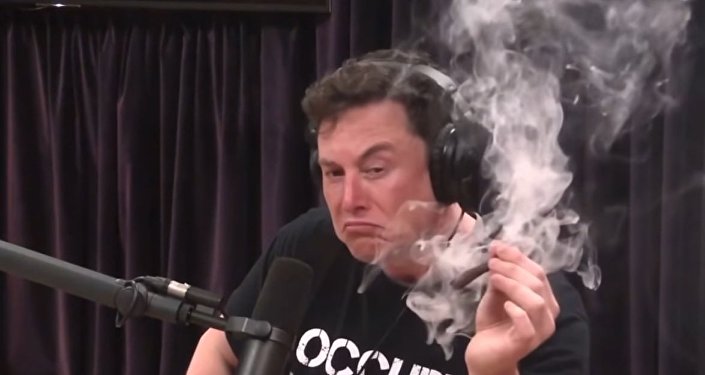 © Photo : YouTube/Jizz Wizard
High Times: WATCH Elon Musk Smoking Joint in Interview With Comedian
He also noted that Musk wouldn’t have to actually engage in any sexual activities on camera.

According to the newspaper, XBlaze offered Musk a sizeable monetary compensation as well as some “weed-based treats.”

"Our offer would include $150,000, an all-day supply of smoking products and edibles, as well as a lifetime of indelible memories from your day with us during the shoot," Dillon added.

Network users and journalists earlier suggested that Musk was an active drug user after a tweet by the businessman surfaced about Tesla’s share price being $420, recalling that the number denotes popular slang for marijuana use.