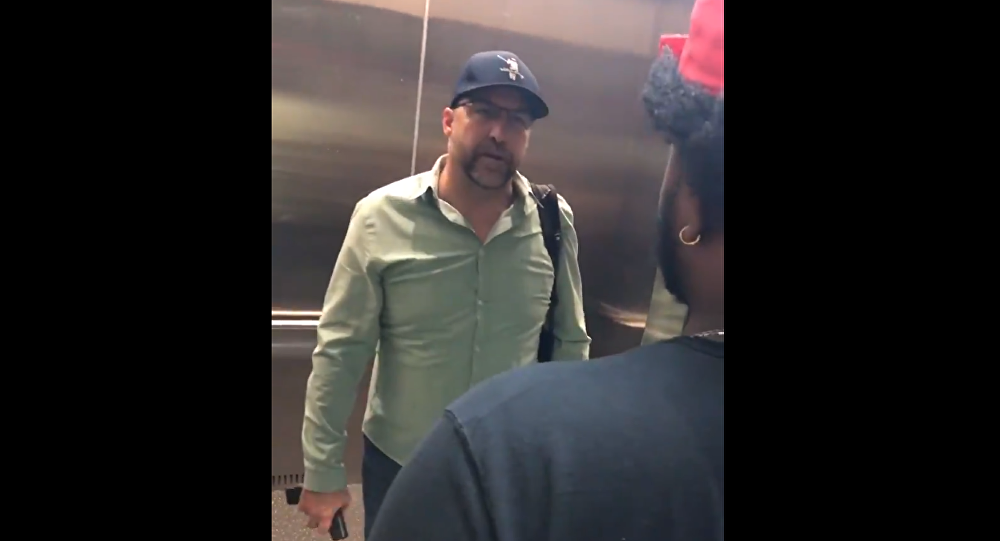 A viral video recently shared on Twitter shows a man displaying a gun while arguing with a group of Florida A&M University students who were attempting to enter the Stadium Centre apartments in Tallahassee, Florida, without a key early Saturday morning.

Officer Damon Miller, a spokesperson for the Tallahassee Police Department (TPD) confirmed that the department was made aware of the incident Saturday afternoon.

​"You don't belong in this building," the man is heard telling the students in the video.

When the elevator finally opens and the students try to enter, the man is heard saying, "You think I'm f**king kidding?
At one point, one of the students says, "Sir, you bringing out your gun, what is your purpose for that?"

"He targeted us, and we didn't know he had a gun," Isaiah Butterfield, one of the students who was involved in the incident, said, the Daily Star reported Tuesday.

"You never know in today's day what could happen, you know?" said Joshua Cosby, another one of the students. "We could've ended up being the next Trayvon Martin."

In 2012, 17-year-old Trayvon Martin was killed by George Zimmerman, who was acting as part of a neighborhood watch group, in Florida. Zimmerman, who believed that Martin was behaving suspiciously, approached the teenager, who was returning home after buying Skittles and iced tea. Zimmerman claimed that he shot Martin in self-defense and was acquitted of both murder and manslaughter charges by a Florida jury in 2013. Martin's death sparked nationwide protests against racial discrimination in the US, leading to the Black Lives Matter movement.

Another student said he was lucky that his mom taught him what to do in this kind of situation. 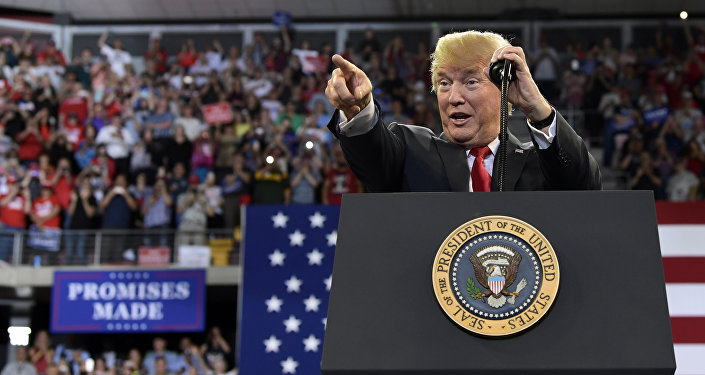 "She told me not to turn around, not to run away. Don't make no sudden movements," said Fitzroy Rhoden. "Try to talk about it. Try to deescalate the situation."

Many social media users have identified the man holding the gun in the video as Don Crandall, an employe of the Baymont Inn & Suites by Wyndham Hotels.

"We are aware of the exchange that took place and are troubled by it," said Kathryn Zambito, director of global communications for Wyndham Hotels & Resorts, Inc, the Tallahassee Democrat reported Monday. "While we do not own or operate the hotel in question, nor do we employ the people who work there, we are looking into the situation with the hotel's owner."

The Tallahassee Community Action Committee (TCAC), a local activist group, claims that the man's display of the gun was racially motivated and he should be swiftly fired from his job.
"We felt it was really important for us to make a stand and let people know we won't allow racism in Tallahassee and we must fight against it," Regina Joseph, a TCAC co-founder, said. "We are not going to be silent when it comes to this issue."