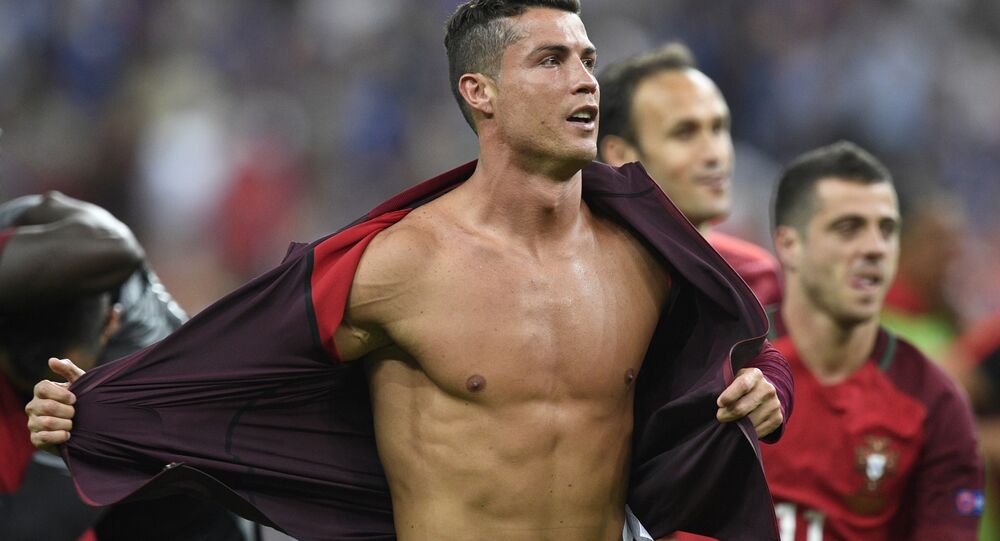 Peter Crouch, English footballer, who plays as a striker for Championship Club Stoke City, has written a book, in which he has revealed intriguing details about Portuguese ace Cristiano Ronaldo, who is famous for caring deeply about the way he looks.

The Daily Mail has cited one of the excerpts, in which Crouch spills the beans over Ronaldo’s rivalry with FC Barcelona star Lionel Messi, which appears to have extended well beyond the pitch.

“Rio Ferdinand would tell us stories about how Cristiano Ronaldo would stand in front of the mirror naked, running his hand through his hair, and say, ‘Wow, I’m so beautiful!’ The other United players would try to wind him up. ‘Whatever. Leo Messi is a better player than you.’ And he would shrug his shoulders and smile again. ‘Ah yes. But Messi does not look like this…’”

Once the story came to light, social media users couldn’t help but troll the five-time Ballon d’Or winner, tweeting old photos of him:

And while some seemed to have been amused…

That response is so savage 😂

Well he didn't lie tho

…others thought that the story wasn’t surprising at all, taking into account the fact that Ronaldo has been a well-known admirer of his own looks for quite a long time:

One of the least surprising stories you will ever read.

Ronaldo played for Manchester United from 2003 to 2009 to join the Spanish club, Real Madrid. After nine successful years at the Santiago Bernabeu, the Portuguese star signed a four-year contract with the Italian club Juventus.