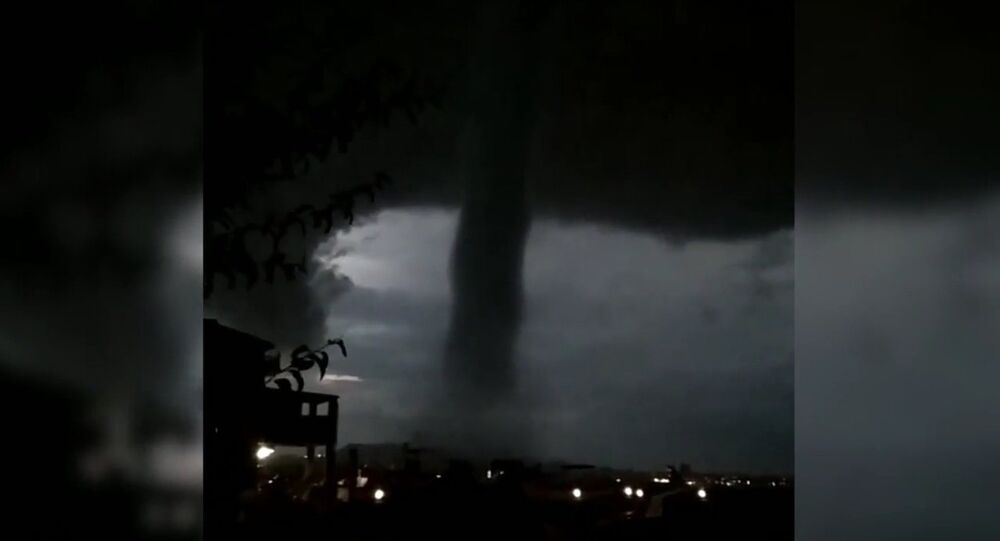 The residents of the Crimean city of Feodosia have witnessed something extraordinarily powerful indeed, as two dark vortices nearly simultaneously appeared on the horizon, with a storm emerging over the next few hours.

“It started drizzling in the morning on Thursday, with distinctly yellowish rain drops, and close to the evening hours, it all developed into a severe thunderstorm, with whirlwinds traveling from Koktebel to Feodosia. A bit creepy, but very beautiful,” Crimean resident Yulia Martinova wrote on social media.

“The Apocalypse is here, we are hiding at our place and taking sedatives,” another user weighed in.

Both the north and the south of the sun-kissed Crimean city were seized by whirlwinds, but luckily, no casualties were reported.

Tornado Blows Away Tents at Festival in Germany