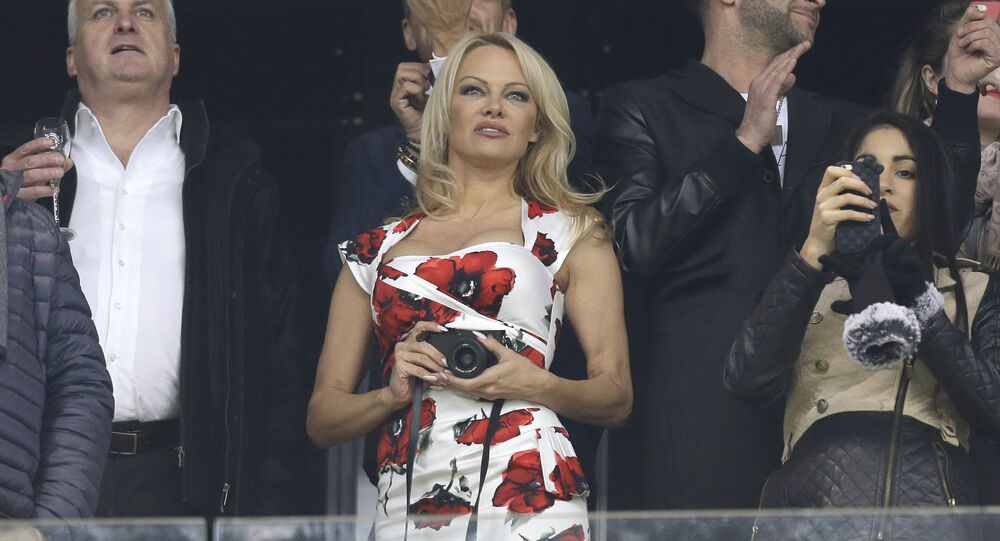 The couple has been inseparable since they met at the Grand Prix in Monaco last May and the Baywatch star even moved to Marseille, France, to be closer to the World Cup champion, Adil Rami.

Pamela Anderson turned down French football ace Adil Rami’s proposal when he gave her a Cartier ring and even broke up with the player after dating for over a year, TMZ reported, citing sources close to her.

The ex-Playboy model has reportedly moved out of Rami’s home in the French Riviera and is now in Paris. Even though Anderson called it quits with Rami, she reportedly didn’t return the ring but gave it to her son, Brandon.

According to Page Six, Anderson left Rami because she feels she is the reason the footballer can’t spend more time with his two sons.

“After spending this past week with Adil’s cute twin sons… it broke Pam’s heart that he doesn’t see them enough, as he should, so she’s moving out. Pamela feels she is the reason Adil doesn’t spend enough time with his children. She is removing herself from his life so he can do the right thing and be with his kids. It’s a selfless move by Pamela, a true romantic – and she is heartbroken. Adil has difficulty balancing his life with Pamela and what should be a healthy relationship with his ex, the mother of his children,” an unnamed source close to the Baywatch star told Page Six.

Social media platforms exploded after the news that Adil Rami was given a straight red by Pam flooded the Internet:

Should've tried to kidnap her pic.twitter.com/C2eXN5wPoh

Oh!! But @pamfoundation too.. why? She realizes she’s given Adil Rami broken-heart, right?

He’s gone from dropping a disasterclsss against Monaco to getting dumped by Pamela Anderson. It has not been a good few weeks for Adil Rami https://t.co/Ur50jOwo98

Some turned to a jeu de mots to address their split:

The RAMIfications of his proposal. I’m sorry 🙈😂

While Pamela hasn’t commented on her decision, Adil responded to speculation via Instagram stories, using the face palm emoji and the hashtag #gossipfaitvendre, translated in English as “Gossip Sells.”

Adil Rami has responded to the reports via his Instagram with the hashtag "Gossip Sells." pic.twitter.com/w4DpDWY76m