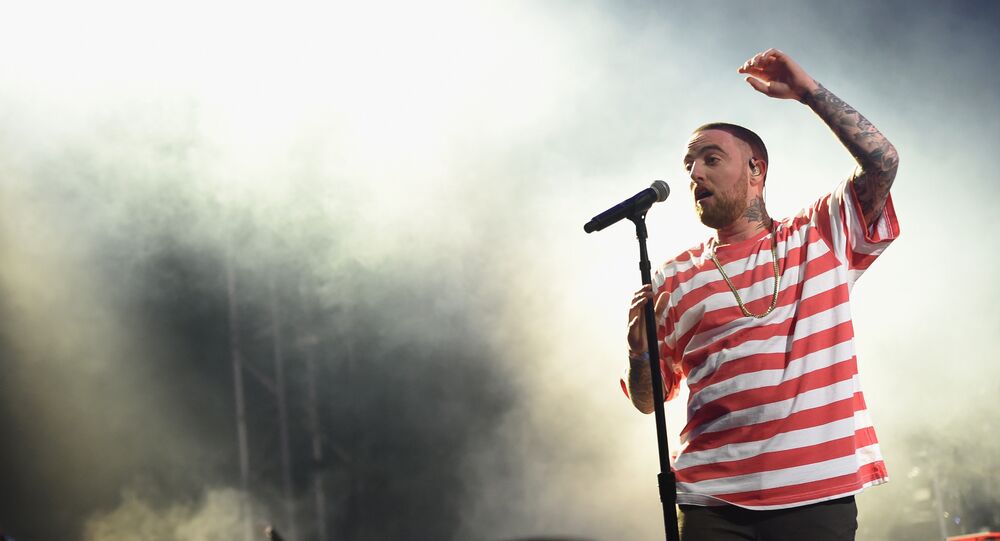 Mac Miller was reported to have been battling substance abuse issues for years – something that had allegedly been a deal breaker in his two-year-long relationship with pop star Ariana Grande.

Rapper Mac Miller, 26, was found dead on Friday afternoon in his bedroom in his San Fernando Valley home after an apparent overdose, TMZ reported.

His family has already released a statement confirming his death: "Malcolm McCormick known and adored by fans as Mac Miller, has tragically passed away at the age of 26. He was a bright light in this world for his family, friends and fans. Thank you for your prayers."

Many netizens began accusing Ariana Grande and her fiancé Pete Davidson of causing Miller’s reported overdose as the pop star had initiated their breakup in May and got engaged just a month later. Grande has already disabled comments on her Instagram account, while Davidson has deleted all pictures on his page, something which couldn’t go unnoticed on other social media platforms.

These are actual comments on Ariana Grande's IG page. It's so toxic to think a young woman is supposed to literally be someone's savior. We don't what went on behind closed doors. But these comments are just cruel. pic.twitter.com/QonnkU8yoQ

One of the reasons I sometimes hate social media. These are the comments under @ArianaGrande pics. Once again, women DO NOT ALWAYS have to be the nurturing ones. Women, are not required to stick with a man through toxic times. Women also have the right to be selfish. pic.twitter.com/MPLxqzcurs

So I’m reading comments on @ArianaGrande’s Instagram about #MacMiller’s death and all of you that are saying it is her fault that he died should be ASHAMED with yourselves. They broke up and addiction is very hard to overcome. Let her grief on her own!! She had NO PART in this!

I’m FUMING at people blaming Ariana Grande for Mac Miller’s death. Anyone who has ever lived with and loved an addict will tell you that you can’t help someone who doesn’t want to help themselves.

ET has cited a source as saying that Grande, is “devastated” by the news.

“Although the two ended their relationship, Ariana always shared a deep connection with Mac and wanted nothing but best for him. Ariana is very upset,” the source said.

A second source told ET that Grande is heartbroken, adding, “Despite their split, Ariana had always been supportive of his sobriety.”

After TMZ broke the tragic news, celebrities’, friends’ and fans' tweets of grief, love and prayers have been pouring in. Some of his fellow rappers, such as Wiz Khalifa, Chance The Rapper, Jaden Smith and many other musicians paid tribute to the star:

I dont know what to say Mac Miller took me on my second tour ever. But beyond helping me launch my career he was one of the sweetest guys I ever knew. Great man. I loved him for real. Im completely broken. God bless him.

Its so crazy cause earl literally hit me up this morning him and vince were real friebds I met at a pivotal time in my life through mac. This shit hurts so bad. If you love someone male sure u tell em

Long Live Mac Miller, Rest In Peace We Love You

we spoke less than two weeks ago. Wtf dude. This makes me so sad. Rip Mac!!! @MacMiller pic.twitter.com/rox5fyThSA

Post Malone described Miller as an inspiration to him as a burgeoning artist:

God fucking dammit. You were such an incredible person. You changed so many lives. Had so much love in your heart. You inspired me throughout highschool, and I wouldn't be where I was today without you. Never a more kind and sincere and beautiful person. I fucking love you mac.

Many others took to Instagram to mourn the death of Miller with heartwarming tributes:

I’m so sad that you couldn’t stay, Mac. I’m so terribly sad.

poet. rare. rest up mac. it was an honor comin up in the same circuit with u. those mixtape days will live forever with our generation and they were some of my favorite times. fuck this conversation. 💔💔💔 #KIDS

G-Eazy also posted a picture of the two to his Instagram with a moving caption for the late star:

Completely devastated and heart broken I’m at a loss for words mac you were like a brother to me and were there for me in the hardest of times, especially this summer. I can’t believe this is real. Please tell your friends and the people you care about you love them life is so fucking fragile. You will be missed and your music will live on forever through the millions of people you touched. Thank you for all you gave us, love you bro

Social media users have been struggling to come to terms with the fact that the young rapper has passed away:

I refuse to believe Mac Miller is dead. No way.

All the best rappers are usually dead
— Mac Miller

I am honestly still waiting for someone to tell me that mac miller isnt really dead. I can't wrap my head around it.

Miller was struggling with substance abuse issues for years, with Ariana Grande once spilling that it was the reason why the couple broke up after two years of dating.

"I am not a babysitter or a mother and no woman should feel that they need to be. I have cared for him and tried to support his sobriety & prayed for his balance for years. Of course I didn't share about how hard or scary it was while it was happening but it was," she tweeted after Mac was arrested for driving under the influence [DUI].

Since his death, a 2012 interview Miller gave to music website Fader has gone viral on social media. The interview footage shows the now-deceased rapper speaking about his desire not to die of an overdose.

"I'd rather be the corny white rapper than the drugged-out mess who can't even get out of his house. Overdosing is just not cool. You don't go down history bc you overdose. You just die" pic.twitter.com/GylP8GRH2Y

The news came just weeks before the rapper was due to go on tour for his latest album, "Swimming."