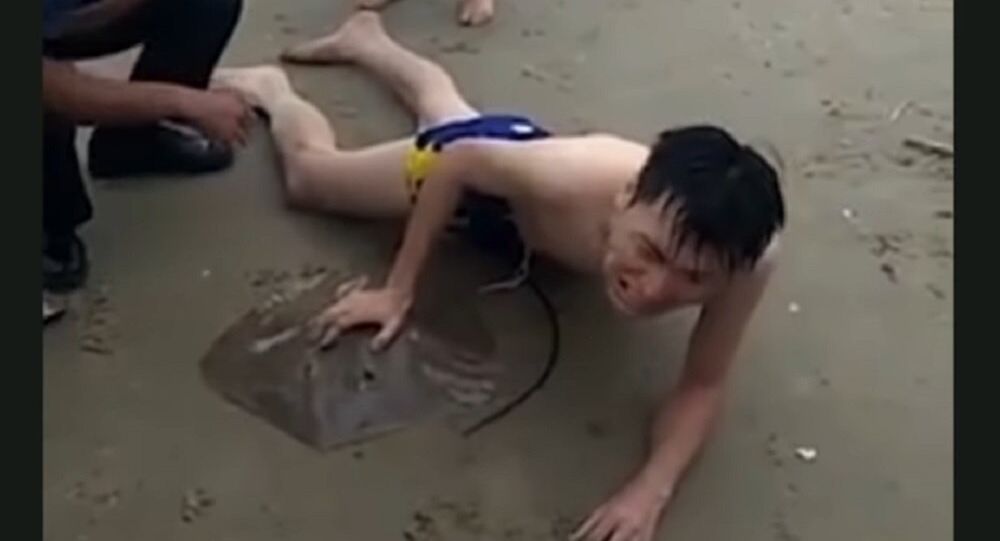 A tourist visiting the Chinese province of Hainan hardly suspected any danger as he went for a swim at a local beach, but it was actually threatening to him, or rather his naughty bits, right under the water.

Videos and photos have emerged online showing a man rolling around on the beach in Chinese Sanya in severe agony after a stingray stung him on his penis while he was swimming in the sea.

Crushed with pain, he crawled back onto the sand but the giant stinging tail appeared to still be attached to his genitals, attracting more and more curious onlookers who couldn’t naturally resist the temptation to catch the man’s plight on camera.

The hardships did not stop at that, however, since the emergency services who rushed to the rescue lacked the appropriate tools to extract the fiendish creature’s limb from the man’s pants and it took quite a while to accomplish the mission until witnesses saw the stingray die close by.

READ MORE: UK Man Who Lost His Penis Gets Payout From Hospital

Although apparently in deep pain, he stood up immediately afterwards and apparently went away with the paramedics for a hospital checkup, as is shown in the now viral videos and photos, racking up tens of thousands of likes.

Thai Man Gets Penis Cut Off Over Alleged Sexual Harassment