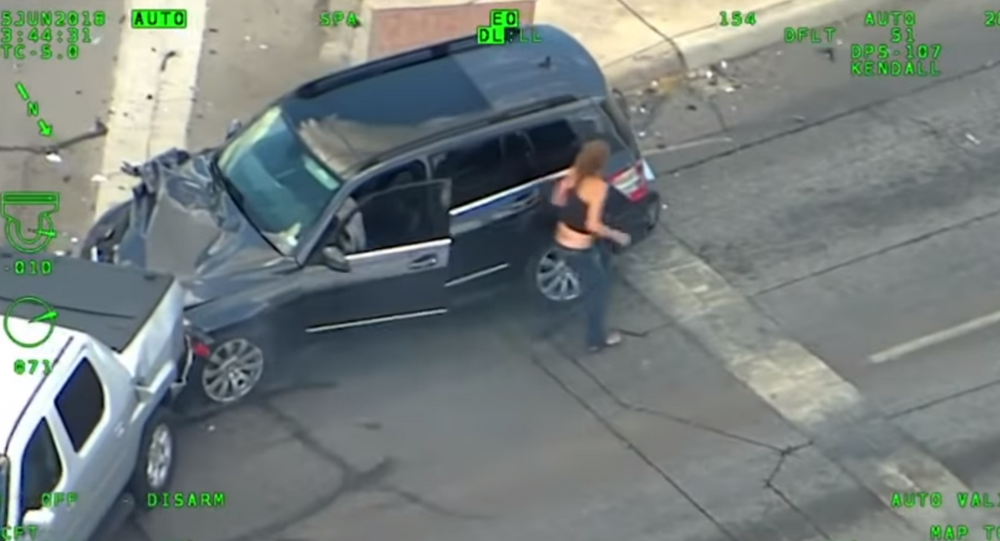 Officials with the Texas Department of Public Safety released video on Friday showing a woman carrying a baby running away from them, moments after she jumped out of a vehicle she'd led them on a wild high-speed chase in.

The recording, which is of an incident that took place in San Antonio in June, shows the woman reportedly traveling at roughly 100 mph in an attempt to get away from authorities, AP reported.

The car chase begins to near its ending after the front tire of the woman's Mercedes SUV is deflated by a device previously rolled out by officers. Moments after the tire goes bust, the woman rear-ends a pickup truck that was stuck at a red light.

​Still wanting to evade police, the woman is seen jumping out of the car, grabbing her baby out of the back seat and running away from the scene. Although she manages to get into another vehicle, her escape is squashed after a police cruiser catches up and prevents the car from driving off.

The woman, who has been identified as Caitlyn Rodriquez by investigators, was wanted for outstanding warrants, according to local San Antonio news station KGBT. Rodriguez took off from the scene after being pulled over during a traffic stop.

According to AP, the speedster has been charged with child endangerment, evading arrest and possession of a controlled substance. The child was released to Child Protective Services.