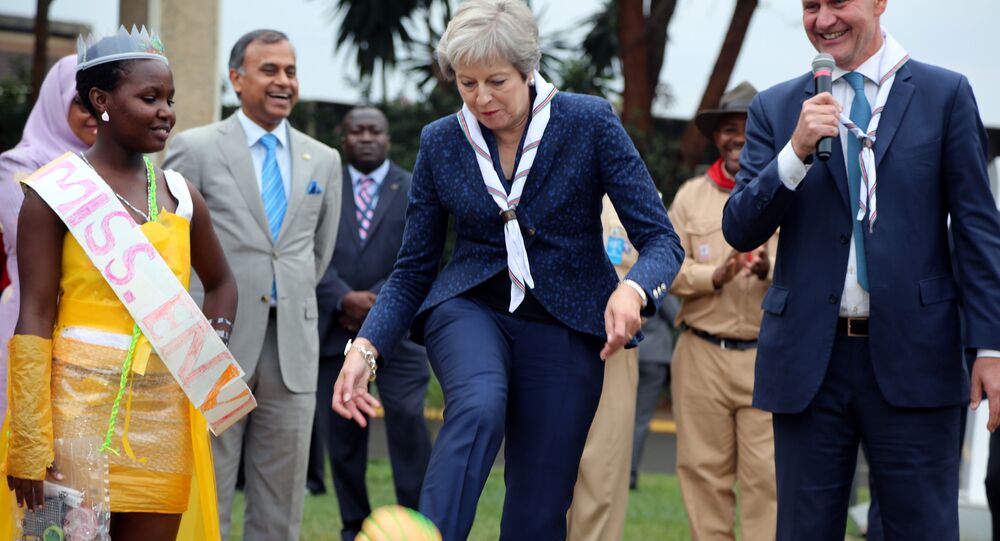 Getting Jiggy With It: UK PM Can't Stop Dancing in Africa & Twitter is Shook

"African nations are apparently running a tourney to see who can get May to do the cringiest dance," a Twitter user said, referring to a video of the UK PM dancing in Kenya.

Theresa May has yet again busted some moves during her trip to Africa. Previously having hit the dance floor in a South African school, Mrs. May had another go at it.

The UK PM  joined the head of UN Environment, Erik Solheim, on the UN campus in Nairobi, where she announced the launch of a new 'plastic challenge' badge for guides and scouts. She then joined a dance performance by some of the scouts.

Once the video of Mrs. May surfaced online, it expectedly drew thousands of comments from users.

Ooh, I think I know this one pic.twitter.com/FmQHJGvrmy

Mean. Should she have ignored the man who wanted to teach her the dance? Credit where it’s due at least she was prepared to have a go even when knowing there would be millions just waiting to scoff. Thought you were above that type of pettiness. Disappointed.

The UK Prime Minister's visit to Nairobi is part of her three-country Africa tour, which included South Africa and Nigeria, the continent's top economies. Mrs. May, accompanied by a large business delegation, aims to boost trade with Africa as Britain is facing exit from the European Union in 2019.

May on Her TV Preferences: Drama About Female Home Sec. Not Best Way to 'Unwind'