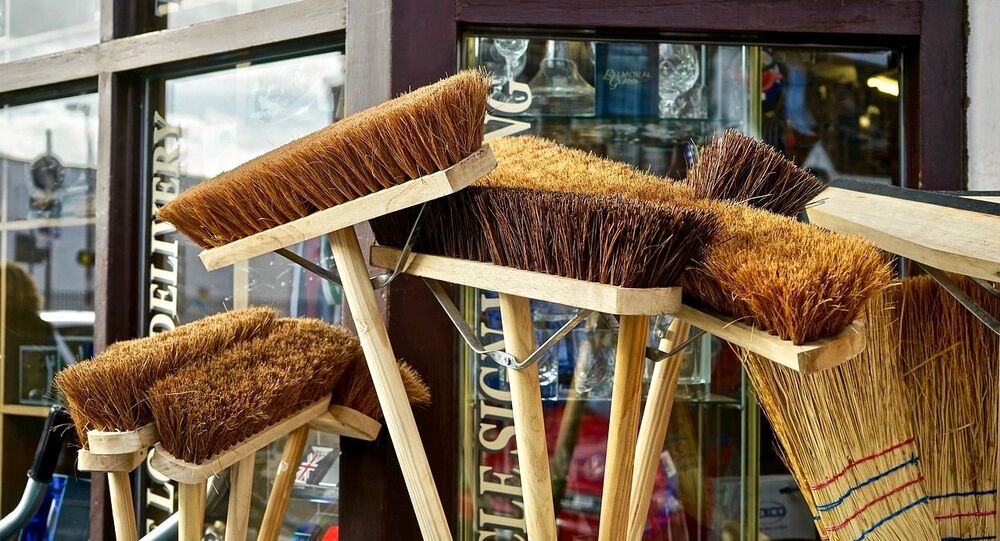 The woman reportedly shouted at the robber to “go to church and abandon the path of evil.”

A female shopkeeper in Ecuador has become a local legend after she shooed away a group of armed robbers from her shop — but not before finishing her coffee.

On CCTV footage uploaded online, a shopkeeper can be seen idly drinking her coffee when a man suddenly walks up to the cash register waving a revolver, most likely demanding money. According to local media reports, there were two of them, but the second one was not caught on camera.

© AP Photo / Sam Shelanski
'Amazing' Horror: WATCH Tourist With Shark Phobia Nearly Drawn Into Giant Fish's Mouth
The lady seems unfazed by the intrusion as she finishes her coffee from a plastic cup; this infuriates the wannabe robber so much he makes a move as if trying to grab the cup away in order to attract the woman's attention.

Then the unexpected happened: the shopkeeper grabs the broomstick and stabs the robber in the chest, shouting something at him. The surprised thief grabs the end of the broom and carries on pointing the gun at her, but to no effect.

The unlucky robber, realizing he has drawn too much attention to himself, hides the revolver under his T-shirt and nonchalantly walks out of the shop, while the brave shopkeeper chases him to the door, her trusty broomstick in hand.

According to a Daily Mail report, witnesses saw the enraged lady banging her broomstick on the pavement and shouting "go to church and abandon the path of evil!"

The incident immediately went viral on social media, with many viewers praising the calm manner with which the woman dispatched the robber while a gun was pointed at her face.

"What a legend. I would have fainted and had a fit. So brave," one comment read. "The serenity with which this lady proceeded when she saw the gun just carrying on drinking her coffee. Amazing. Definitely God was with her," reads another.

Unfortunately, the failed attackers have not been apprehended, local media reported. They, however, have not returned to the shop, either.

WATCH: US Journalist Told to ‘Act Like a Lady,’ Arrested While Filming Cops