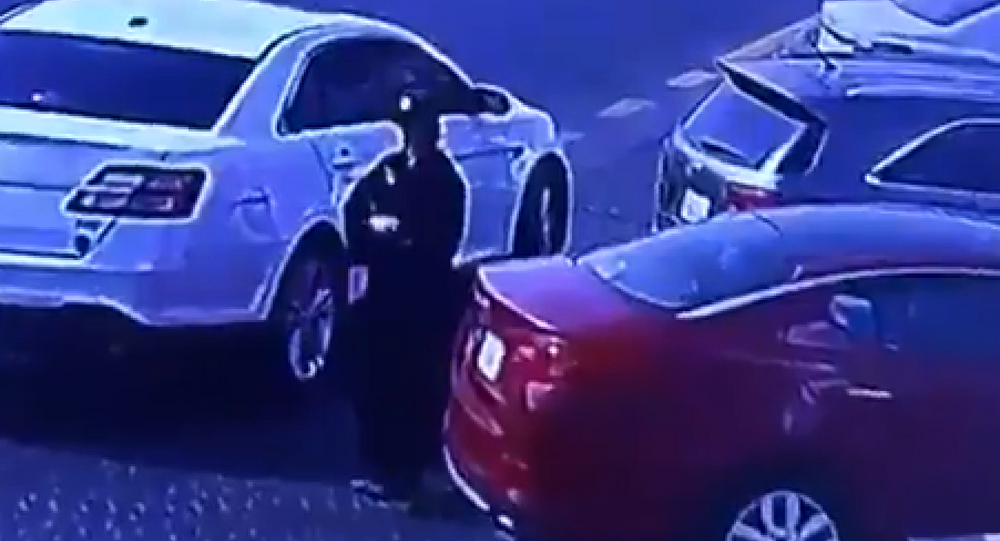 Surveillance video filmed in Saudi Arabia’s Al Dammam shows what appears to be a woman stealing a car, just two months after women in the kingdom were granted the right to drive, ending the world’s only ban on female drivers.

A video of the clip, which has gone viral on social media, shows a man parking in a parking spot on the street and then stepping out of his red car, with the engine still running. A few moments later, a woman wearing a hat and a pair of sunglasses, who was sitting in a white car perpendicular to the red car, gets into the man's car — after scouting her surroundings — and drives it away.

​The footage was uploaded by several local media news agencies on Twitter earlier this week. It is unclear when the video was taken.

While some social media users have accused the women of stealing the car, others have suggested that the whole event might just have been a prank.

"I don't think she stole it, she's just playing a prank on its owner," another user tweeted, while yet another asked, "Is there anyone who'd leave their car powered on while they make a run to a store?"

Saudi Arabia is in the midst of a series of changes — called by some major reforms and others cosmetic adjustments — launched by Saudi King Salman bin Abdulaziz Al Saud, who took the throne in 2015, and affecting economic, social and political life.

The Shura Council, the kingdom's formal advisory body, also passed a draft law in May that will require those found guilty of sexual harassment to spend up to five years behind bars and pay a maximum penalty of $80,000, Sputnik reported at the time.

However, despite Riyadh's apparent liberalization efforts, the country still has multiple controversial laws in place. Under Saudi Arabia's male guardianship system, women must have a male guardian — either a father, brother, husband or son — to make decisions on her behalf. In addition, there is no penal code in the country that specifically criminalizes rape. There are also no laws outlawing marital or statutory rape, Sputnik reported in May.

In another female first, the country also appears to be preparing to execute its first woman for alleged political crimes.