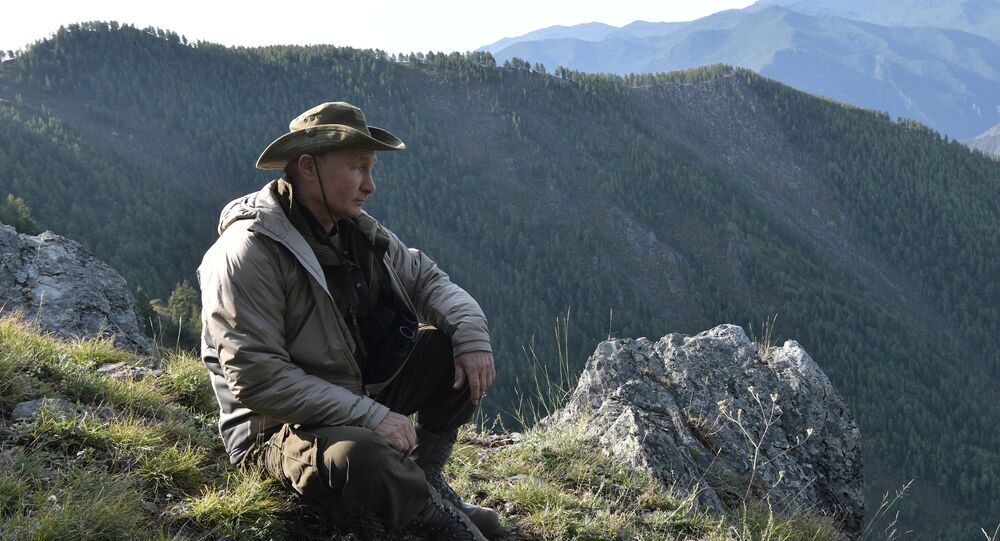 WATCH Putin Chill in Tuva Forest During His Trip to Siberia

A video of Russian President Vladimir Putin spending last week-end in Russia's Republic of Tuva in southern Siberia has emerged in the Internet.

In the video, Putin, who was accompanied by an array of senior Russian officials, including Defense Minister Sergei Shoigu and Federal Security Service Director Alexander Bortnikov, is seen strolling across what Putin described as a "fabulous forest", rafting along the river on a boat and walking through the mountains.

The trip to Tuva is due to be followed by Putin's visit to the Siberian cities of Omsk and Novosibirsk, where he will address a plenary session of the international forum Technoprom 2018 later on Tuesday.

Tuva is a Russian federal subject in Siberia which borders Mongolia to the south and is considered one of the most remote regions of the world. Its native inhabitants are known for their unique throat-singing.