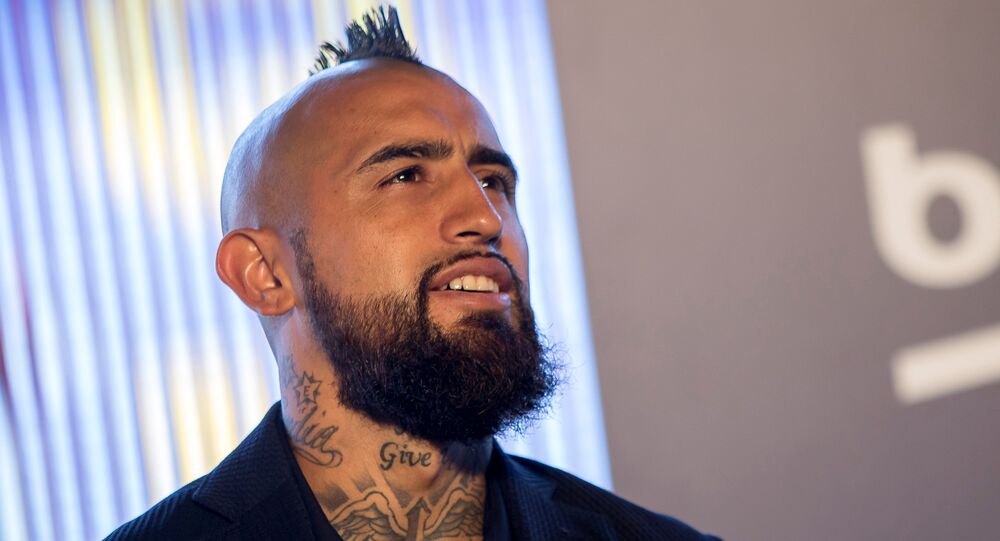 Real Madrid has won the Champions League three years in a row, gritting out its two latest victories from Bayern Munich, for whom Arturo Vidal played until recently.

Thirty-one-year-old halfback Arturo Vidal takes Real Madrid’s recent successes in the landmark European tournament with a pinch of salt, saying Los Blancos, a bitter rival of Barcelona FC, wouldn’t have claimed victory in the previous two Champions Leagues, had VAR, the automated referee system, been put to use.

"With VAR, Bayern would have two more Champions League titles and Madrid two less," he told Mundo Deportivo, causing many to laugh it off with some offering their own vision of Vidal’s prospects.

With VAR, Barcelona would not have won even one trophy. Do you know Vidal?😂

Mark my word,With VAR Arturo Vidal would have been playing in Chile the past 5 years 😂

Arturo Vidal has got the dice rolling earlier than expected claiming with #VAR Bayern Munich would have had 2 more champions league trophies and Madrid 2 fewer..

However, there are a few people who view Vidal’s words positively:

BREAKING: MY TAKE: Arturo Vidal's comments about VAR are good, actually. It's not like his whining changes the scoreboard (scoreboard, bitcj! 🏆🏆🏆) AND, the more people like VAR the better, even if the rationale is stupid.

I love this guy. pic.twitter.com/lbaCt1nSFG

The Chilean player left Bayern Munich, which was beaten by Real Madrid in the final matches of the past two Champion Leagues, for Barcelona earlier this August.

Back in April 2017, the Bayern-Real clash progressed to extra time following a 3-3 tie, but Cristiano Ronaldo pushed Madrid to a win with a double as part of his hat trick. His second goal notably came from an offside position, which Vidal believes would have been dismissed by VAR in Bayern’s favor. The Munich club then rounded off the match losing to Madrid 6-3. Separately, in last season’s semi-final, Bayern was denied a penalty, with the referee citing an insufficient challenge from Real’s captain, Sergio Ramos, on a Bayern player.

Having so far failed to earn a European title, Vidal has expressed determination to advance as part of Barcelona.

"I want to win everything," he added. "My favourite title is the Champions League."