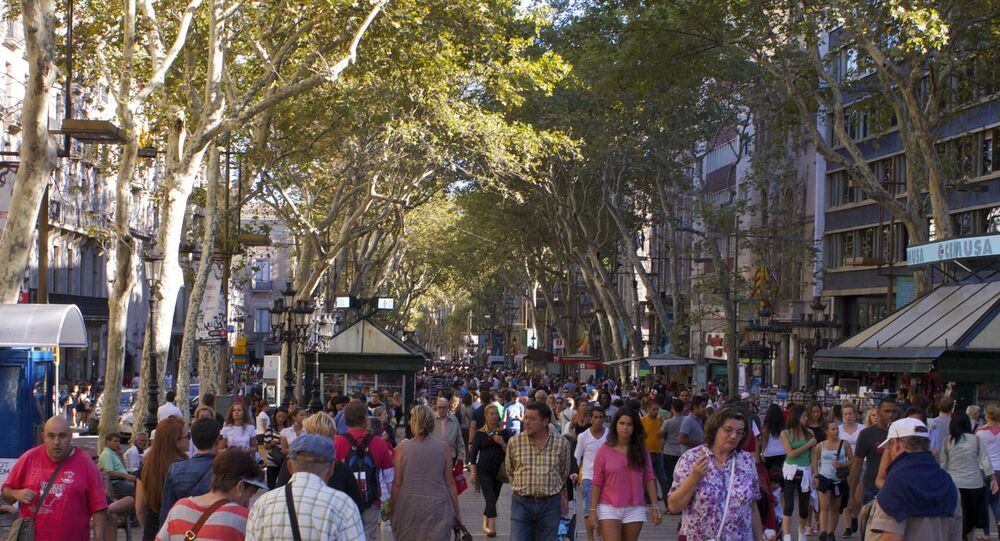 Several left-wing groups in Catalonia have long been championing for changes to the region's tourism model to reducing the influx of visitors, which, the groups claim, trap locals in low-wage jobs.

The streets of Barcelona have been filled with posters and graffiti advocating that tourists practice "balconing" — throwing themselves from the balconies of their hotels and residences, social media users report.

"Tourists go home, and please, practice balconing!" one of the messages said.

Some of them even tried to provide "arguments" as to why tourists should engage in such dangerous activities, such as saying that it's actually "LOTS of fun" and "improves neighbors' quality of life."

No one has claimed authorship of the banners, but city council's spokesperson assured that they would be removed soon.

This is not the first time left-wing activists have campaigned against tourists coming to Spain and, as they see it, spoiling life for ordinary residents. Members of the Edvant group once glued keyholes in hostels, tourist firms' offices and luggage rooms with silicon glue and paperclips. Members of the Arran Jovent movement assaulted a bus full of British tourists near the Barcelona stadium and wrote on its sides "tourists go home!" in August 2017. They claim that mass tourism kills neighborhoods, destroys local territories and forces residents to work in low-paying jobs.

Hippo Attack: One Tourist Killed, Another Injured at Kenyan Lake

Police Detain Migrant Involved in Attack on US Tourist in Barcelona

Do You Have Bigger Rooms? Whales Swimming Near Canadian Hotel Amuse Tourists