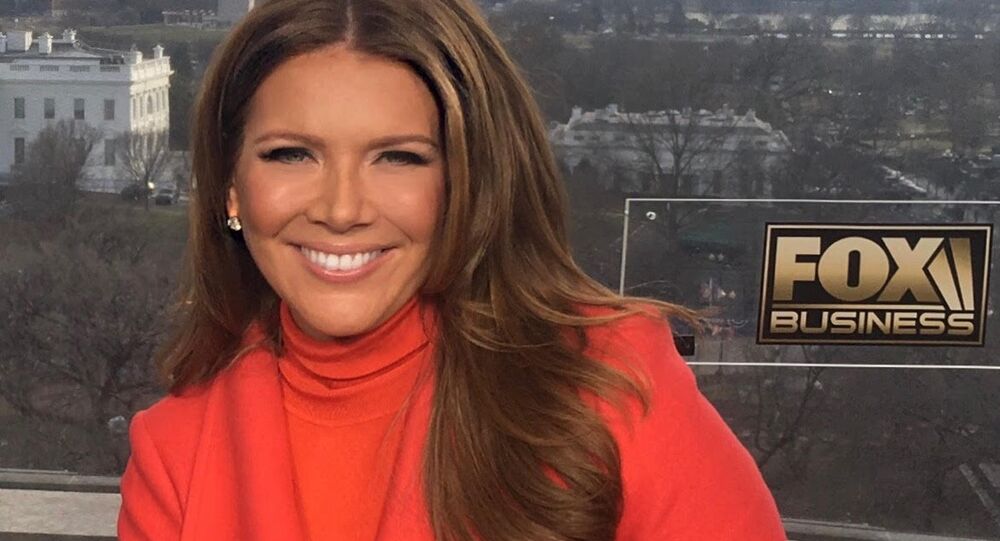 Trish Regan from Fox Business , who accused Danes of having employment issues and likened the Nordic country to Venezuela in a widely shown television show has responded to criticism. She briefly noted she wanted to “clarify” but not retract her reporting.

"Just to be clear, I was never implying that conditions in Denmark were similar in any way to the current tragedy on the ground there in Venezuela," Trish Regan said.

“I was merely pointing out, using reports from The Atlantic, The Independent and other publications, that socialism is not the way,” she said. However, the initial comments appeared to have already hit a nerve both in Denmark and abroad, with politicians and general public taking to Twitter to crush Regan’s research.

The journalist’s sarcastic remarks that “all the kids graduating from school in Denmark…want to start cupcake cafés” and “nobody’s incentivized to do anything because they’re not going to be rewarded” were addressed without delay.

“So Danes don’t want to work?” Kristian Jensen, Denmark’s former foreign minister questioned on Twitter, attaching the most recent data on employment rates around the world. “11 places better than US in OECD statistics! We are working much more than Americans and at the same time ranking as the world’s best in Work-Life-Balance,” he pointed out.

Most tongue-in-cheek remarks arrived from Lars Gert Lose, Denmark’s Ambassador to the US, who provided a list of facts about the social and economic welfare in Denmark, adding that those might be “useful context” to Fox’s story about “state of affairs in his country.” The top diplomat went still further inviting Regan to come to Denmark and see everything with her own eyes. “Although lack of cupcake cafés probably will be disappointing,” he sarcastically concluded.

This Danish politician, @DanJoergensen, was having 0% of it.

“I always heard about Denmark’s economy. It’s always been positive and then this doofus comes along from Fox News to bring Denmark down. Puhlease!!!???? Stfu & go sit somewhere facing the corner with your dunce hat on, dummy!!!” one user remarked, with another one adding that  it is “inconvenient” when some assumptions are “bulldozed” by factual data:

Norway, Sweden, Denmark, Finland, Iceland and the Netherlands all have great systems in place to look after society. No country is perfect but Fox was really barking up the wrong tree here.

We got a great example when Trish Regan, FOX Business started bashing Denmark for giving free education and delivering the best healthcare in the world. FOX Business = FAKE NEWS.

You only use your alternate truth, a very different thing.

Venezuela is an underdeveloped country with great oil reserves run by rogue corrupt authoritarian dictatorial regime.
Denmark is one of the most developed contries in the world with a democratic government with advanced welfare system.
Couldn't be more different. Shame on FOX!

I always heard about 🇩🇰 Denmark’s economy. It’s always been positive and than this doofus comes along from Fox News to bring Denmark down. Puhlease!!!???? Stfu & go sit somewhere facing the corner with your dunce hat on, dummy!!! https://t.co/eQ2ky8gnXk

Isn't it just so inconvenient when spurious opinion gets bulldozed by facts? Denmark 1: Fox 0 https://t.co/6Sy8ZSS0F7

It is FOX News people, it is probably a lie. That is how the FOX network function.

Just look at Trish Regan when she bashes Denmark. She managed to tell 9 lies in 9 postulates.. That must be some record.

The Danes on Twitter even rushed to invite those in doubts to their home country to check how things stand in reality.

Hey man. It's all cool. Come to Denmark. That FOX News woman was fake news anyways. We has no the medical problems

@trish_regan saw the comedy bit you did on Denmark 🇩🇰. What, you actually meant it?!? WOW more fake news from Fox. You fit right in with this crowd. pic.twitter.com/oKtxvftzRK

Denmark citizens probably think she is representative of us!!! How embarrassing. Leave it to FOX to publish this truly fake news