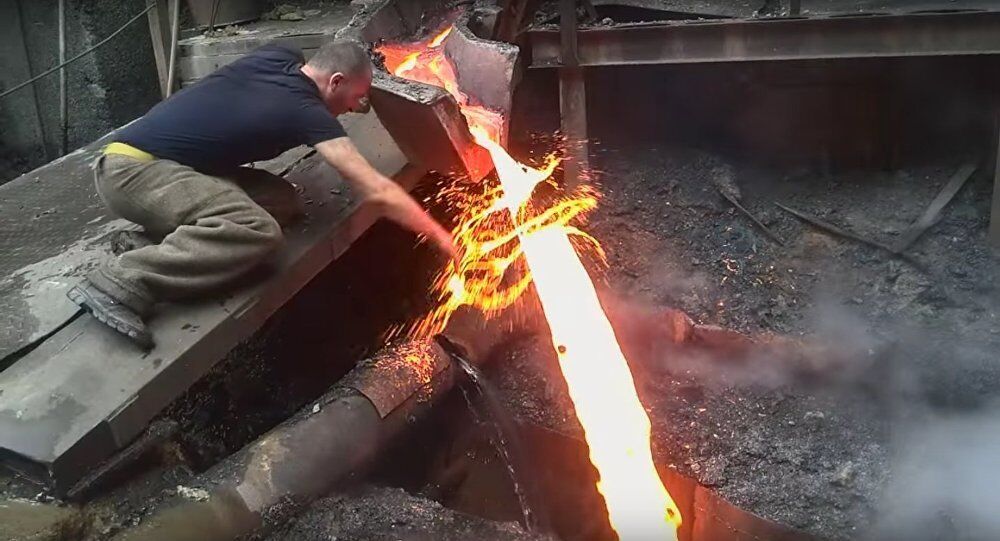 A two-year-old YouTube video, in which a steel mill worker touches a flow of molten steel with his bare hands remaining unscathed, has suddenly gathered over 1.5 million views. Social media users have long guessed how the man managed to pull off the trick, but now he has revealed his secret technique.

Arkady Mgdsyan, who took Reddit by storm with the video, where he touches molten steel with his bare hand, has shared his secret with Sputnik. It turns out that the "trick," that earned him the moniker of "undying Russian" (although he is from Armenia, which is not a part of Russia), is actually an old tradition from the local steel mill. After reaching a certain skill level, almost every young worker at the mill has experienced this at some point.

As many Reddit users previously suggested, the trick is actually based on the Leidenfrost effect, whereby when water touches a molten substance it creates a layer of steam.

"If you water your hand properly prior to touching the molten mass, the steam will protect your skin from being scorched for a brief moment," the man explained.

As Mgdsyan confessed, despite knowing all that, he was still afraid of performing the trick for the first time, although he was encouraged by the fact that all of his colleagues had successfully done it before.